“I attended the programme, From Biarritz to Beijing 25 – Generation Equality sponsored by France and Mexico on September 23, 2019, at the UN in New York.  The name Biarritz comes from the G7 meeting held from 24-26 August this year in Biarritz, France, where the G7 Gender Equality Council issued its report – The Biarritz Partnership: Legislative Frameworks to Advance Gender Equality.

The New York event was part of a groundbreaking, multi-generational campaign, Generation Equality: Realizing women’s rights for an equal future, convened by UN Women and co-chaired by France and Mexico, with the leadership and partnership of civil society.  It is designed to “take stock of progress and chart an agenda of concrete action to realize gender equality before 2030.”  It will conclude with a Forum which will kick-off in Mexico City, Mexico, on 7 – 8 May 2020, culminating in Paris, France, on 7 – 10 July 2020. 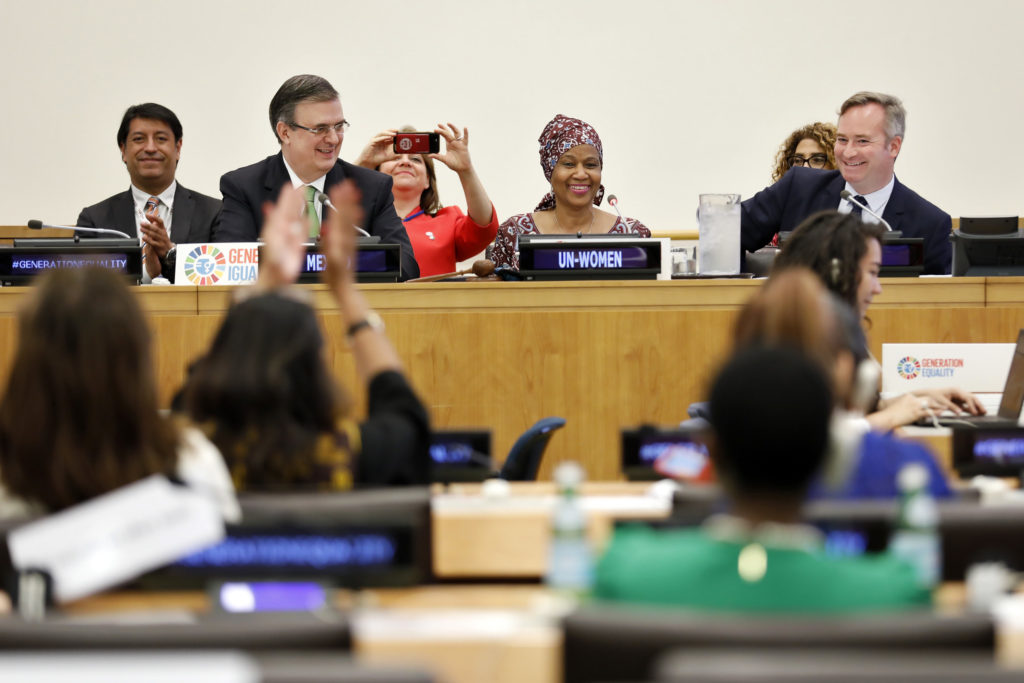 The Forum is designed to be a global public conversation for urgent action and accountability for gender equality.  It will celebrate the power of women’s rights activism, feminist solidarity and youth leadership to achieve transformative change.  It will be connected in real-time across the world through interactive satellite sessions enabled through technology to maximise participation.

The Forum will reaffirm the value of multilateralism and bring together the leadership and participation of various stakeholders – civil society, governments, business, cities, parliaments, trade unions, media and more, focusing on intergenerational and multi-stakeholder partnerships.  The Forum will result in concrete partnerships and accountability for scaled-up and urgent action on the critical issues to achieve gender equality.

In opening remarks at the New York event, the Mexican Secretary of Foreign Affairs, Marcelo Ebrard stated that progressive governments have to be feminist and that here “cannot be social change without equality of gender.

The French Minister of State, Jean-Baptiste Lemoyne echoed the sentiment of urgent action for gender equality adding, “We need concrete actions and coalitions to move women’s rights forward,” and that no country has a chance for equality without a strong feminist women’s movement.

Many Ministers of Foreign Affairs were in attendance, but the “stars” of the event were probably Melinda Gates of the Bill and Melinda Gates Foundation, and the Nobel Peace Prize Winner Dr. Denis Mukwege Mukengere who has worked to help survivors of sexual violence.

It was somewhat surprising to hear Melinda Gates say that the Bill and Melinda Gates Foundation is new to the issue of gender equality.  They began to see that gender equality was necessary to forge change.  The Gender Equality Forum can be a “lightening rod,” she said, so that we focus on making change happen.  Commitments of money have to be a priority for corporations around the world.  Gender equality is just as critical to this planet as climate change.  The discussion is about power and those who are marginalised from it.  They need to benefit from that power equally.  Equality can’t wait.  She concluded by saying, “Let’s get started!” 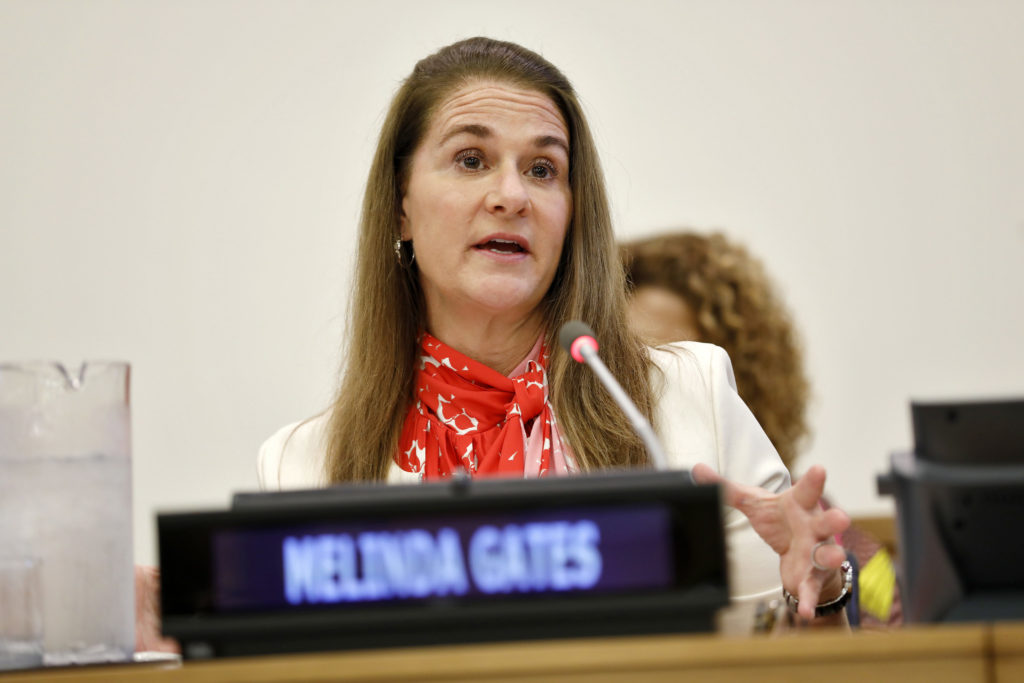 Nobel Peace Prize winner Dr. Denis Mukwege Mukengere received his Nobel Prize jointly with Nadia Murad, survivor of the genocide against the Yazidi people in Northern Iraq.  They were awarded for “their efforts to end use of sexual violence as a weapon of war and armed conflict.”  Dr. Mukengere said that the lives of survivors of sexual violence are never the same.  They are stigmatised and their internal organs are damaged.  They are victims of atrocity but only a small minority will receive compensation because too many obstacles exist.  He and others are creating a Fund to link survivors of sexual violence to reparations.  The Fund will be managed by a large group and will include survivors.  France has committed six million euros and Germany has committed 4 million.  They want other states to contribute as well.

Below are summaries of statements by the Deputy Prime Minister of Ireland and several Foreign Minister:

Simon Coveny, Deputy Prime Minister of Ireland, said that peace processes don’t work without the involvement of women. Ireland’s Gender Equality Advisement Council is taking steps to deal with inequality in Ireland.  There is a high degree of inequality in higher education.  295,000 euros has been allocated to accelerate equality through education.

Anne Linde, Foreign Affairs Minister of Sweden, said that we are living in difficult times, when the few seek to restrict the rights of all women.  The inter-national community cannot agree on sexual and reproductive health rights for women.  Women should be able to decide about their own bodies and choose their own lives – – then the world would be a better place.  We must fight child marriage, female genital mutilation and violence.

Naledia Pandor, Minister of International Relations and Cooperation of South Africa, was appointed to this position very recently.  Women can’t rest, she said.  We must mobilise.  We must be represented in public life, economically empowered, enjoy financial inclusion, ownership of land, and access to capital.  Our empowerment has to be enshrined in law with equal social, political and economic rights.  The first of these rights is compulsory education for boys and girls.  We can’t leave rural women behind and we must eliminate violence against women and girls and do away with war.

Minister of Foreign Affairs of Spain, Josep Borrell, stated that gender equality is a main part of Spain’s program.  It is urgent to reach empowerment of women and girls.  We can’t go back on reproductive rights.  Women’s organisations and civil society are the main protagonists of change.  Spain is very active both nationally and internationally and women’s progress is very strong.  Spain supports the Forum.”