The Third Session towards a Global Pact for the Environment was held on 20-22 May, Nairobi, Kenya. SI UN Representative, Beatrice Olouch was in attendance.

“The conference was well attended by Member States delegations. Non-Governmental Organizations (NGOs) in consultative status with the Economic and Social Council, and those that are accredited to other relevant conferences and summits were also permitted attendance as observers. 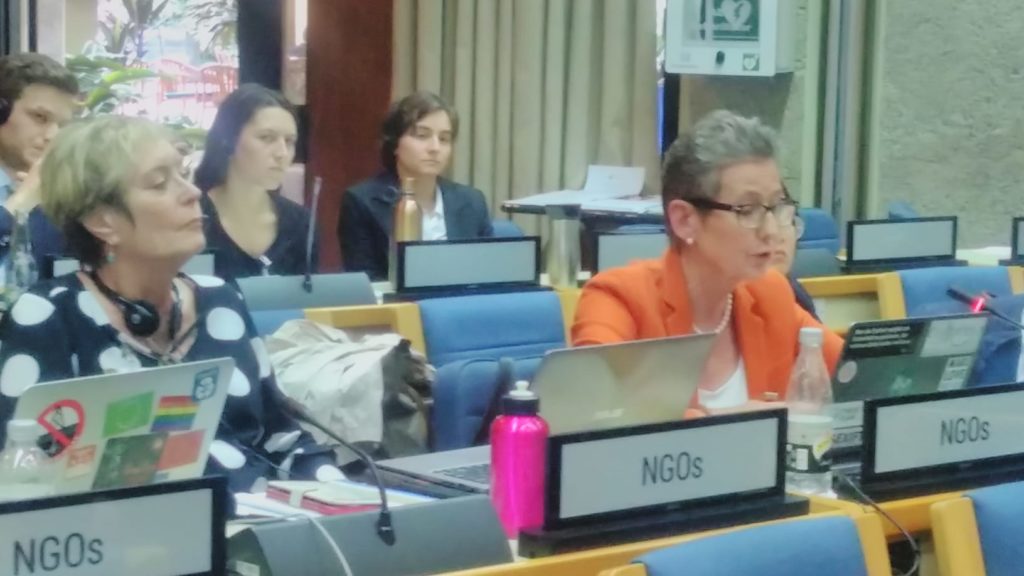 The discussions commenced with Member States delegates commenting broadly on the draft recommendations which were divided into 3 parts comprising of elements related to (i)objectives informing the reommendations; (ii) substantive recommendations of the ad-hoc working group; and (iii) process.

Member States were generally in agreement that the draft recommendations circulated by the Co-Chairs provided a good basis for discussions towards a meaningful outcome. However, as they continued to give their responses, differences emerged in regard to the third section – the elements related to process and references to adoption of an international instrument as Member States recognised that there was no consensus on an international legally binding instrument.

Negotiations commenced in earnest on parts (i) and (ii) of the draft recommendations. A majority of Member States were happy with part (i) more or less being retained as drafted by the Co- Chairs; part (ii) invited diverse opposing views.

Alexandra Lutz, CLiMates, on behalf of NGOs read out a statement confirming Civil Society’s support for Members States that believed in positive change. She reminded delegates that all corpus of International Environmental Law (IEL) has one main objective – i.e. the protection of the environment, and that the corpus of IEL as it currently stands does not protect our environment effectively. It followed therefore that if the tool at hand did not give a solution to the problem it is supposed to solve, then there is a gap. She supported the convening of a high-level UN conference for the adoption of an international framework strengthening the implementation of international environmental law. She reaffirmed that NGOs highly value the search for consensus, but cautioned in agreement with some delegations, that consensus does not mean unanimity and should not be used by a minority as a means to veto the wish of the majority. 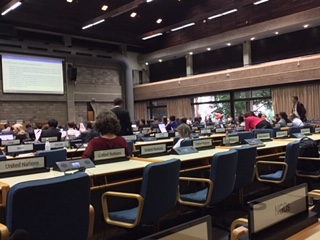 Based on the previous day’s deliberations, the Co-Chairs presented a revised draft of their Non-paper (Zero draft) incorporating member states proposals and amendments in brackets.

NGOs issued a statement that was read on their behalf by Dr. Sabine Lennkh. She supported parts (i) and (ii) of the zero draft. She stated that it was critical for the process to continue on a higher level in order to get the endorsement of Heads of States. In conclusion, she said that NGOs believed that an enhanced framework of global cooperation has to be developed by addressing the principles of IEL, their effective implementation and how to coordinate environmental governance.

Country delegations sat late into the night trying to build and reach a consensus on their diverse respective positions and proposals. 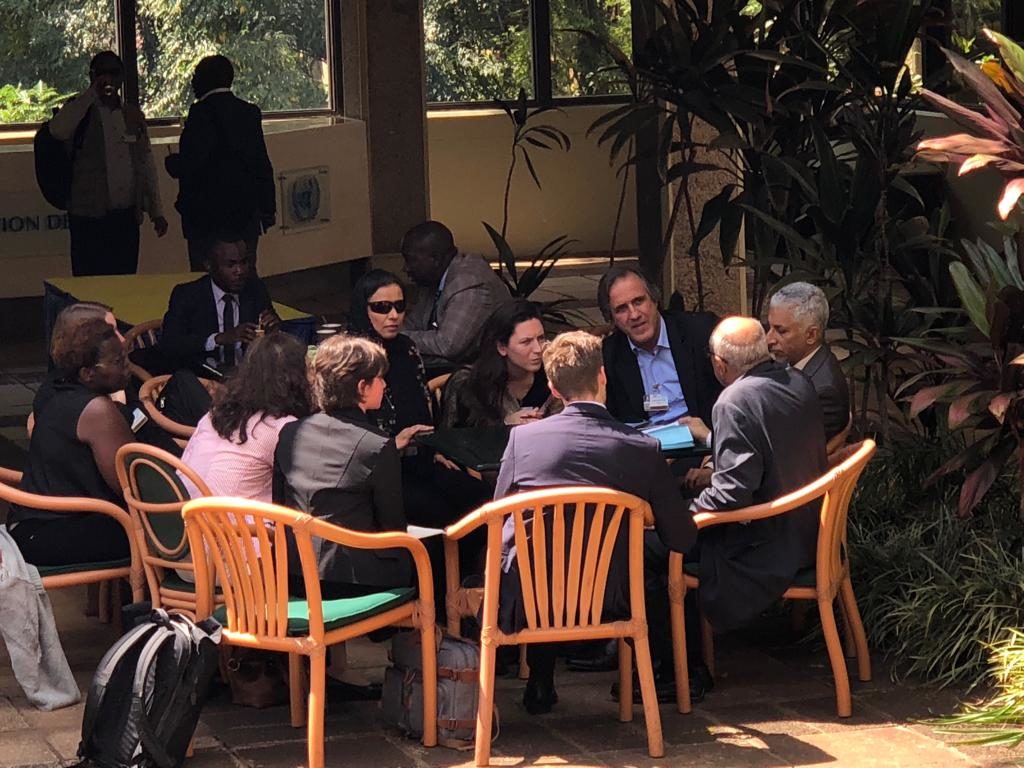 Ana Barreira presented the third and last statement on behalf of the NGOs. She expressed the NGOs concern that the most important gap of all – i.e. Political will – was yet to be addressed, and observed that it was not a coincidence that the countries that were trying to kill the process to forestall meaningful action were the very same countries whose industries continue to pollute the planet. She emphasized the NGOs stand that vested interests should not be allowed to dominate the process. She reiterated that NGOs supported Member States who shared the view that the process should continue at the highest political level as endorsement of the Global Pact for the Environment (GPE) at the highest level was a key part for the implementation of the 2030 Agenda.

Click here to read the outcomes of the Third Session towards a GPE.

The outcome of the Third Session was not as strong as desired, and as indicated by the Co-Chairs in their closing remarks, the consensus reached can and will be built upon.

The continuing process is expected to culminate in a political declaration and a UN high level meeting in 2022, marking 50-years since the UN Conference on the Human Environment, at which UNEP was created.

The advocacy activities of Soroptimist International (SI) are focused around the achievement of the Sustainable Development goals (SDGs). The achievement of the SDGs is critical to SI’s own ability to deliver on its primary objective to educate, empower and enable women. Endorsement of the GPE at the highest level is a key part for the implementation of the 2030 Agenda. Using its influential General Consultative Status with ECOSOC, SI can engage at the highest levels to add its voice where it counts”.