The Asia Pacific Civil Society Forum and UN Ministerial on the Environment took place in Bangkok from 4 – 8 September, all meetings were in preparation for UNEA-3 which will take place 4 – 6 December in Nairobi under the theme, A Pollution-Free Planet. SI President Mariet will attend UNEA-3 along with the two UN Representatives in Nairobi Alice Odingo and Rose Mwangi.

“During the Civil Society Forum, an overview of pollution in the region was given, followed by a review of local action, and finally a vision of what a pollution free Asia pacific could look like. Amongst this was also the crafting of a Civil Society Organisation (CSO) statement and the planning of CSO interventions when permitted during the meeting.

Pollution in the region is vast, largely due to population increases, rapid industrialisation and a rural to urban drift, coupled with a lack of awareness, data, monitoring and budget. Air pollution from cars has increased and both old and new sources of pollution have multiplied whilst growth indicators are based on consumption and production. Plastic pollution is extensive and wide reaching and is affecting oceans, fish and hence humans through their food.

Pesticides are polluting air and water. Over 7 million deaths in the region are a result of air pollution. 5.3 billion pounds of pesticides are used in the region each year with subsequent poor effects on soil, water, crops and health. Similarly, hazardous pollutants arise as a result of processes and practices in manufacturing and the percentage of fatal accidents in developing Asia is four times higher than in developed countries – 64% of the world’s 317 million injuries are to be found in South East and West Asia. Militarism also plays a role; increased expenditure, ocean filling and reclamation and the volume of toxic waste left by the United States have all had effects on health and the marine environment. 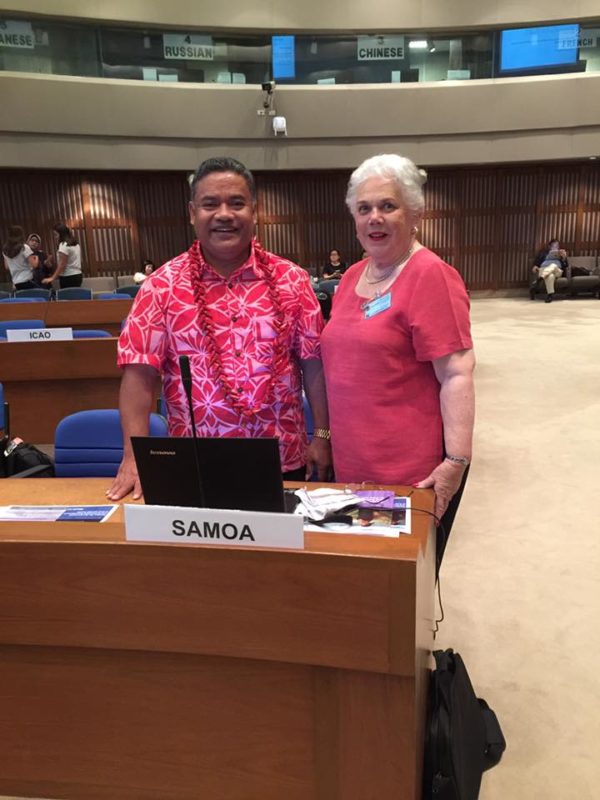 A vision of a pollution free Asia pacific region is seen to be possible given examples elsewhere in the world. There is a belief that green jobs, limiting greenhouse emissions, managing waste pollution and protecting and restoring ecosystems is possible with funding that recognises priorities and is willing to use partnerships. A practice of community action is emerging and social movements are important as a means of mobilising pressure on governments and businesses. Monopoly of food and agriculture has had a deleterious effect on the region. Agroecology markedly improves yield, making economic sense for this avenue to be pursued.

An interesting comment which struck me was, “we had early warning but a late reaction”.

There was considerable discussion about technology. Seen by some governments as the solution to many issues, it is in fact controlled by businesses and parachuting it into an environment may not be the best solution. Technology is not usually the answer to a problem that is not technology based. Technology is not gender blind and we should always check if it will help those left behind. It needs to address the real needs and reflect the realities of communities. Often local innovations can be most effective. Four transnational corporations control 75% of genetically modified seeds in the world and some laws mean that farmers cannot use their own seeds from their crops. 70% of the food in the world is produced by small farmers using agroecology. Is there a real need for GM seeds? Who is benefiting?

So what can Soroptimists do?

As individuals we can

As a club we can

As an organisation we can