The morning of Monday 11 March, saw the first of several events organised, or co-organised by Soroptimist International, to be held over the coming two weeks, at the Commission on the Status of Women Sixty-third session. 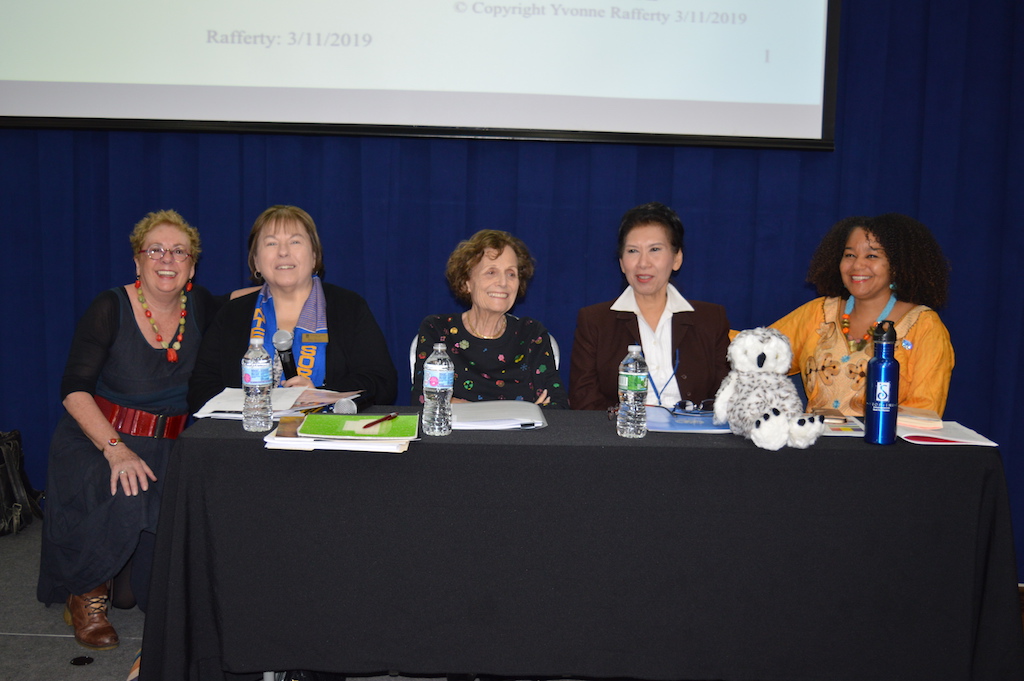 Yvonne Rafferty, spoke of the impact trafficking in children has on the child, reporting findings gathered through interviews in South-East Asia. Yvonne discussed how the face of the traffickers has changed, and of the challenges of identification, recovery and reintegration. She spoke of the use of the Internet as a tool for recruitment, and the importance and need for recovery and rehabilitation of children who have been traumatised. She also looked at of the variance in programmes available, some offering basic services, others more high quality, raising concerns regarding detained facilities – noting that there was little in the way of facilities for boys, and too many children in residential care. 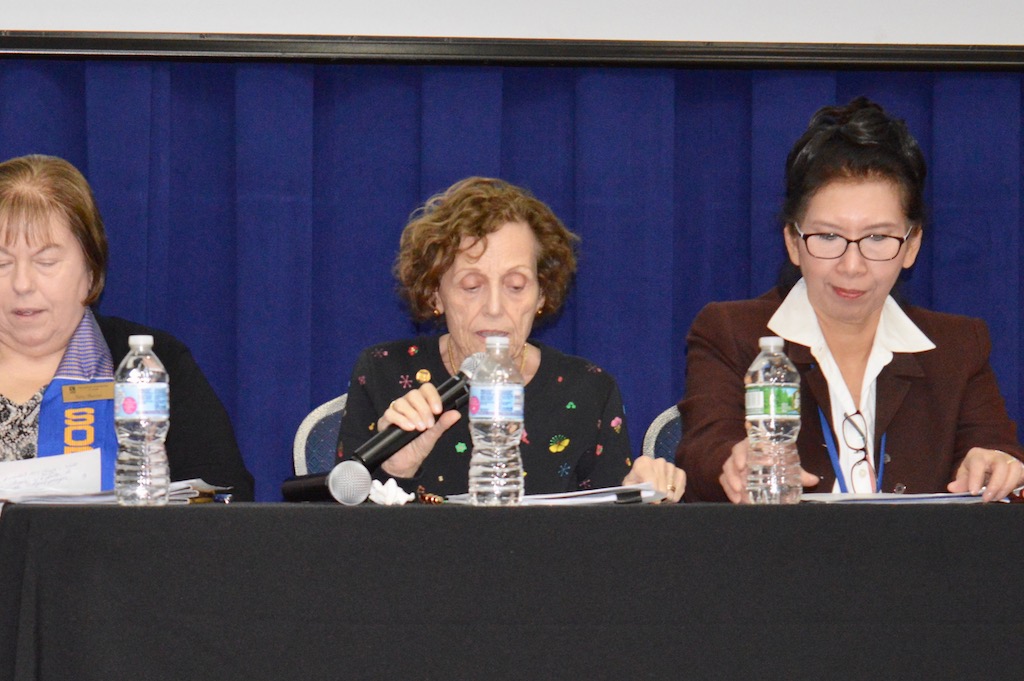 Barbara Rochman, SI United Nations Representative NY, spoke of the transnational nature of migration, and specifically broke down the fundamentals of the Global Compact of migration (GCM), exploring the provisions and detail therein, including gender responsive provisions, education, economic empowerment of women, and the importance of regional, government and civil society actors in regard to successful implementation. 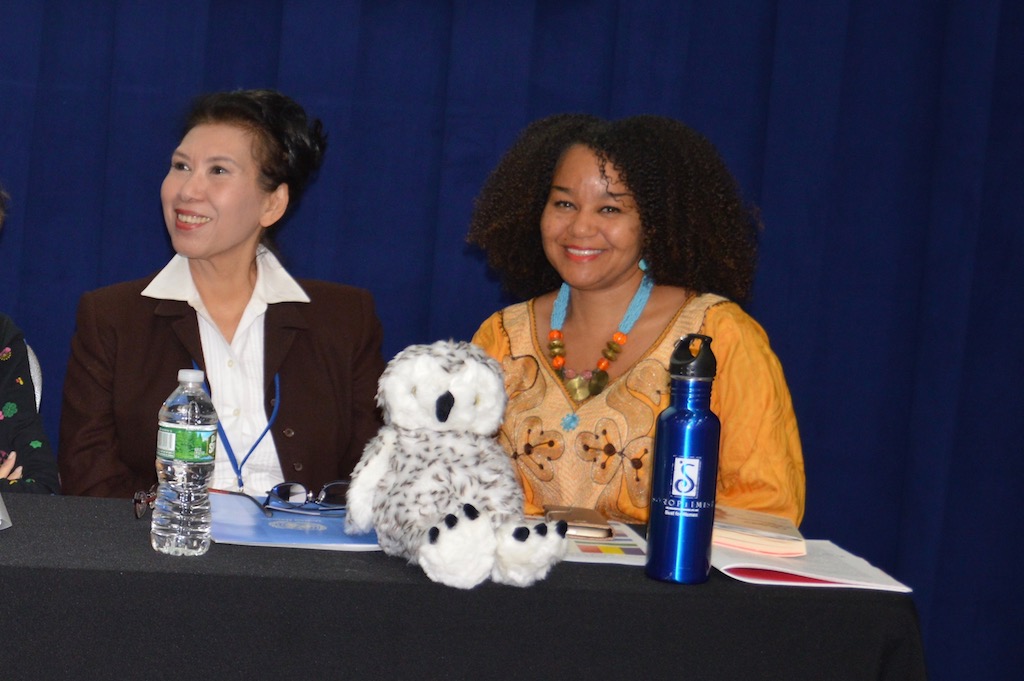 Dr. Nina Smart shared her own powerful experiences and story, having escaped Female Genital Mutilation (FGM) just before the ‘initiation’ season started in West Africa in 1991. Questioning whether anything has really changed since then, Nina discussed what she called the ‘Secret Society’, sharing stories from her book, Wild Flower, which included testimony and experiences of others, and underlined her commitment to breaking the silence on the life-changing effects of FGM, and to fighting to end the harmful practice. 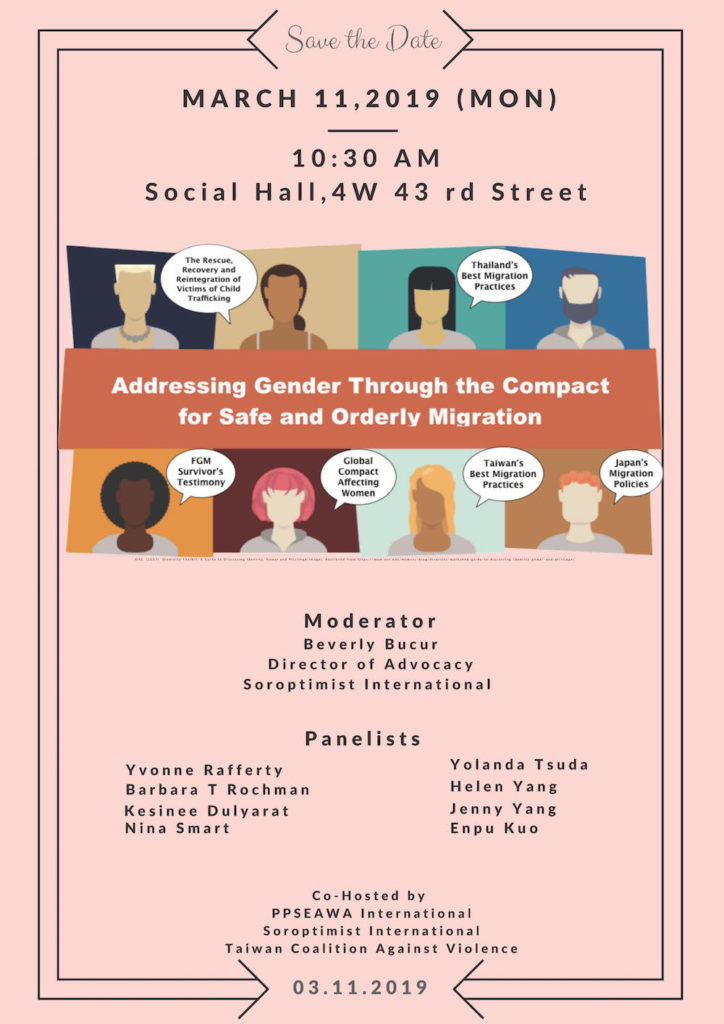 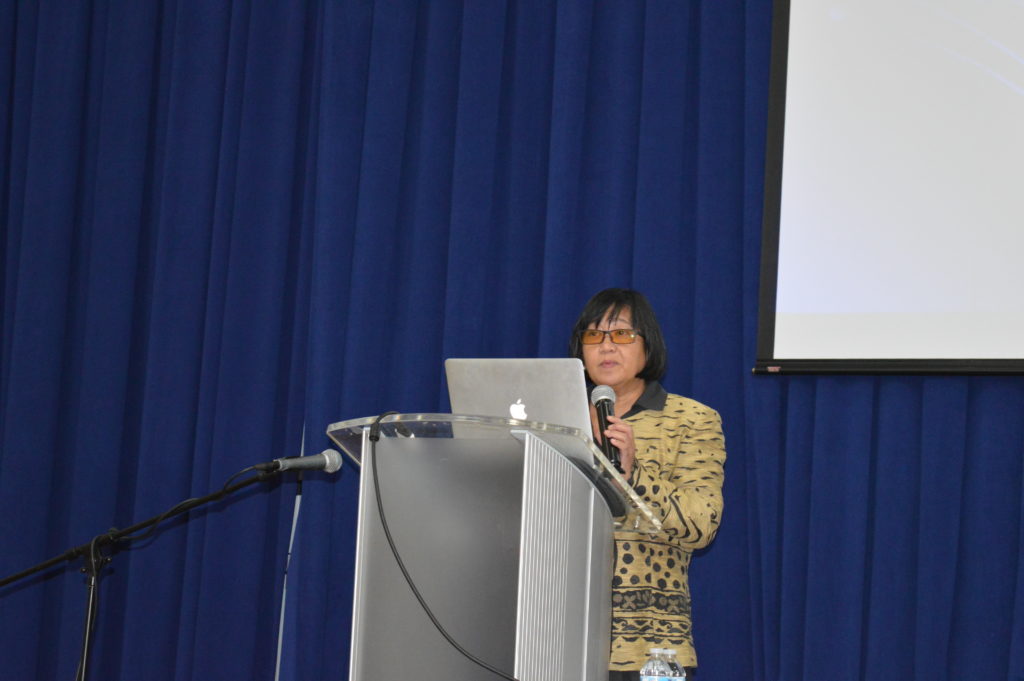 Yolanda Tsuda shared on the migration situation in Japan. Noting that the majority of undocumented migrants were women, she spoke of a rise in international marriages, particularly in rural areas – noting that the number of private and governmental marriage brokers peaked in 2006, however, it is on the increase again since 2016. She explained how ‘Entertainer’ had became a euphemism for ‘prostitute’ and how East Asia is the largest and fastest epicentre for feminization of migration. Helen Yang shared stories of best practice, speaking of the SIA Dream it Be it Programme and its ongoing success in Taiwan. 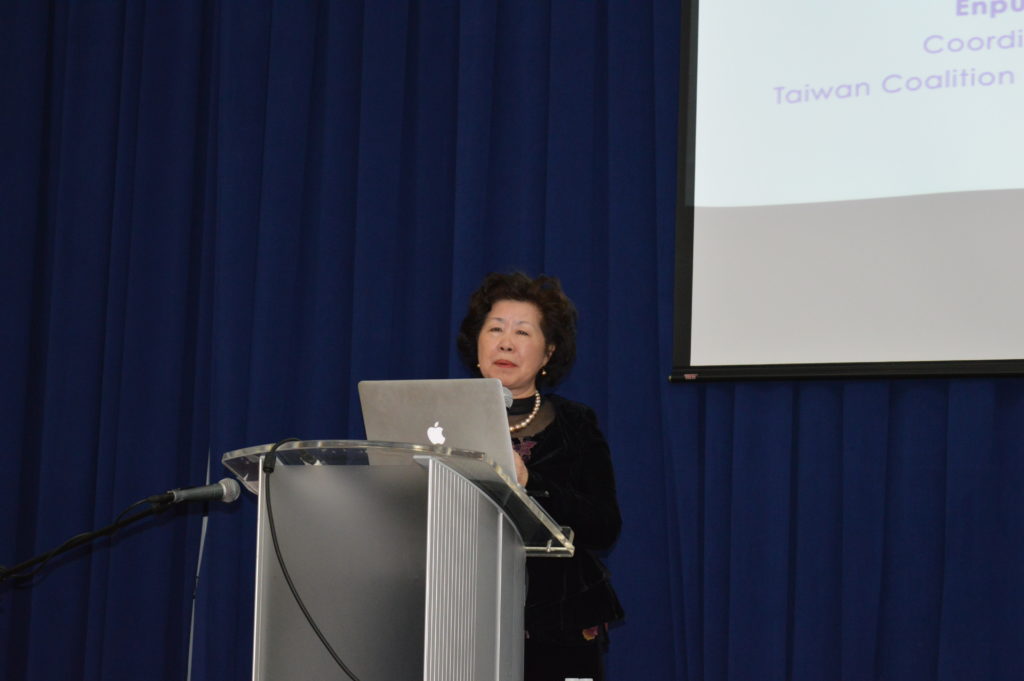