The refugee crisis is a gender-based violence crisis. A brave community of refugee girls are using their stories to tell us why.

An article by Anne K. Ream

What does it mean to be a refugee today?

In an era when borders are closing, nationalism is rising, and politicians and pundits from across the globe talk endlessly and unsympathetically about refugees, it often means that the story being told about you isn’t being told by you.

This is particularly true for refugee women and girls. Gender discrimination being the cruel constant that it is, female refugees are often marginalized within an already marginalized global community, rendered voiceless, faceless and invisible.

Many have fled conflict zones where rape is used as a weapon of war, and rapists act with impunity. Others have lived through intimate partner or intra-family violence, which increases in unstable regions and political climates. And millions of refugee women and girls are trafficked or sexually assaulted after fleeing their homes, or while in refugee encampments.

Put another way: The global refugee crisis is a gender-based violence crisis.

This was made clear to me when my Voices and Faces Project colleagues and I traveled to Nairobi, Kenya to bring our Stories We Tell testimonial writing workshop for survivors of gender-based violence and other human rights violations to RefuSHE, an extraordinary organization dedicated to meeting the needs of refugee girls from across the African continent. 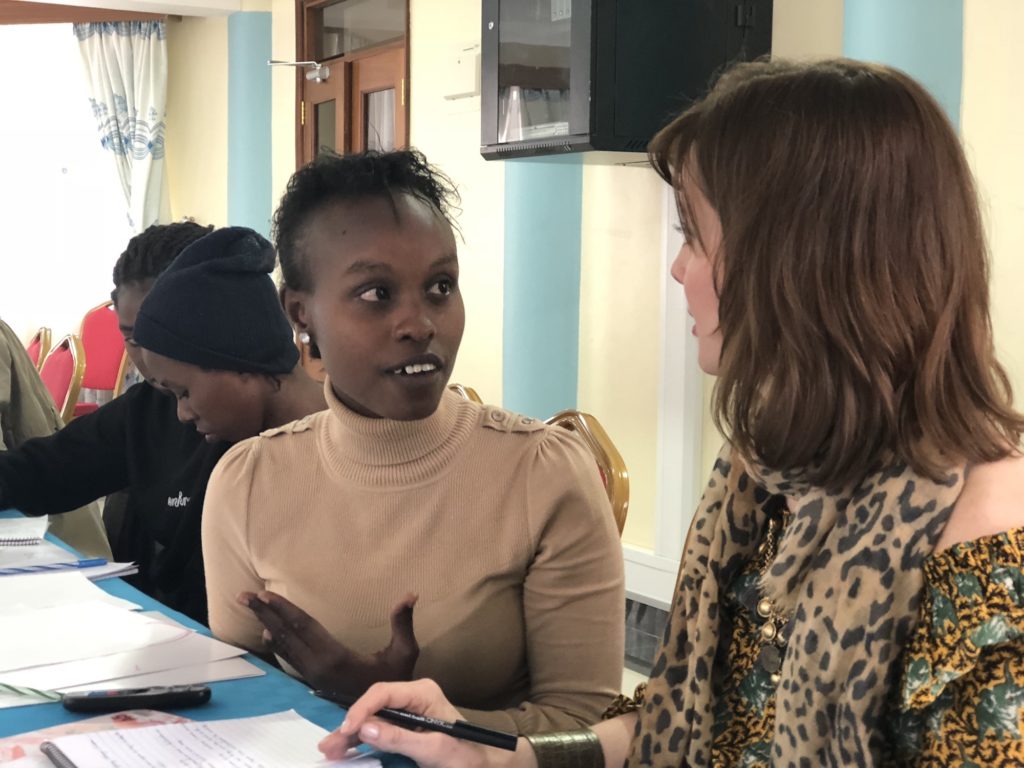 Over the course of our immersive, two-day Stories We Tell writing workshop, a cohort of 20 RefuSHE girls read and discussed world-changing testimonial writing from across history and social justice movements, took part in a series of real-time writing exercises, and explored ways they could use their personal stories to create change in their communities and our world.

The stories, poetry, spoken word, and creative non-fiction that emerged during our Stories We Tell workshop bring us painfully close to the experiences these girls have lived through: war, genocide, statelessness, human trafficking, the destruction of their families and communities. Their writing illuminates brutal, necessary truths. Yet it is informed by an equally necessary hope.

“We have been sexually abused, we have gone to bed hungry, we have suffered. We are girls who have had to look after our own children, whose fathers we often didn’t know and could not name … yet each of us survived,” wrote Chantale Zuzi, a refugee from the Democratic Republic of Congo. “Hearing words and poems and the magnificent roar of others in the Stories We Tell workshop who have survived violence was uplifting. Together we could unearth the bright light that the darkness of trauma had buried within our hearts. We are stronger together than when we are isolated and alone.”

A history of violence is a heavy thing to carry. But in a room with others who have lived a similar story, that history becomes a powerful, if painful, connecting point.

According to the United Nations High Commission for Refugees, by the end of 2018 over 70.8 million individuals were forced to flee their homes. Included in that number are over 29 million refugees, over half of them children. As 2019 draws to a close, forcibly displaced populations remain at a record high.

Behind statistics like these lie millions of stories not unlike the ones we heard in Nairobi:  beautiful, complicated, heartfelt dispatches from the front lines of the refugee crisis, and a window into a world in desperate need of our compassion and – far more importantly – our action.

Anne K. Ream is the founder of The Voices and Faces Project, the author of Lived Through This, a memoir of a multi-country journey spent listening to survivors of gender-based violence and the co-creator, with writer R. Clifton Spargo, of The Stories We Tell, a testimonial writing program for survivors of gender-based violence and other human rights violations.