A blog by Evelyne Para, SI UN Representative at UNESCO.

Since the appearance of COVID-19 in late 2019, the number of contaminations in 188 countries and territories has exceeded 5.4 million, and 345,000 people have died. Today, the virus affects everyone, everywhere, hitting the poorest and most vulnerable communities the hardest, and deepening existing inequalities.

The global crisis we are going through is total: health, social, economic, geopolitical. Showing us how interdependent and interconnected we are, it has changed our lives, our certainties, our projects … It has also revealed the flaws and limits of our development model, which has been maintained for decades. In less than six months, a few RNA molecules have succeeded in reducing half of humanity to sanitary containment, revealing with incredible violence, the unimaginable fragility of a world order that claimed to be unsurpassed. Faced with Covid-19, each country chose its strategy and reacted more or less quickly, more or less clearly.

This storm will pass. This awful nightmare will end. But the choices we make now could change our lives for years to come. They should create new dynamics capable of connecting the economy, society and the environment in order to create a  more just, more humanist, and more liveable community. How will we Soroptimists, women of action, engaged in the field with our communities, and representatives of civil society make our universal voice heard, in a constructive way, taking into account our sorority values? What have we learned from this crisis? Will we be able to influence the decisions made to eliminate gender inequalities? What role should women play in the process of re-examining and redefining priorities?  What do we want to defend?

It is women who have proved to be providential, by forming in the front line the big battalions of “care workers”, exposing themselves to increased risks of infection in order to perform tasks essential to the very life of our societies. It is women, for the most part, who took care of the suffering and confined world. The Covid-19 pandemic has propelled to the forefront the millions of women who “feed and care” for other people every day, while throwing harsh light on the persistent gender inequalities in these jobs, often unrecognised at their fair value, both financially and socially. 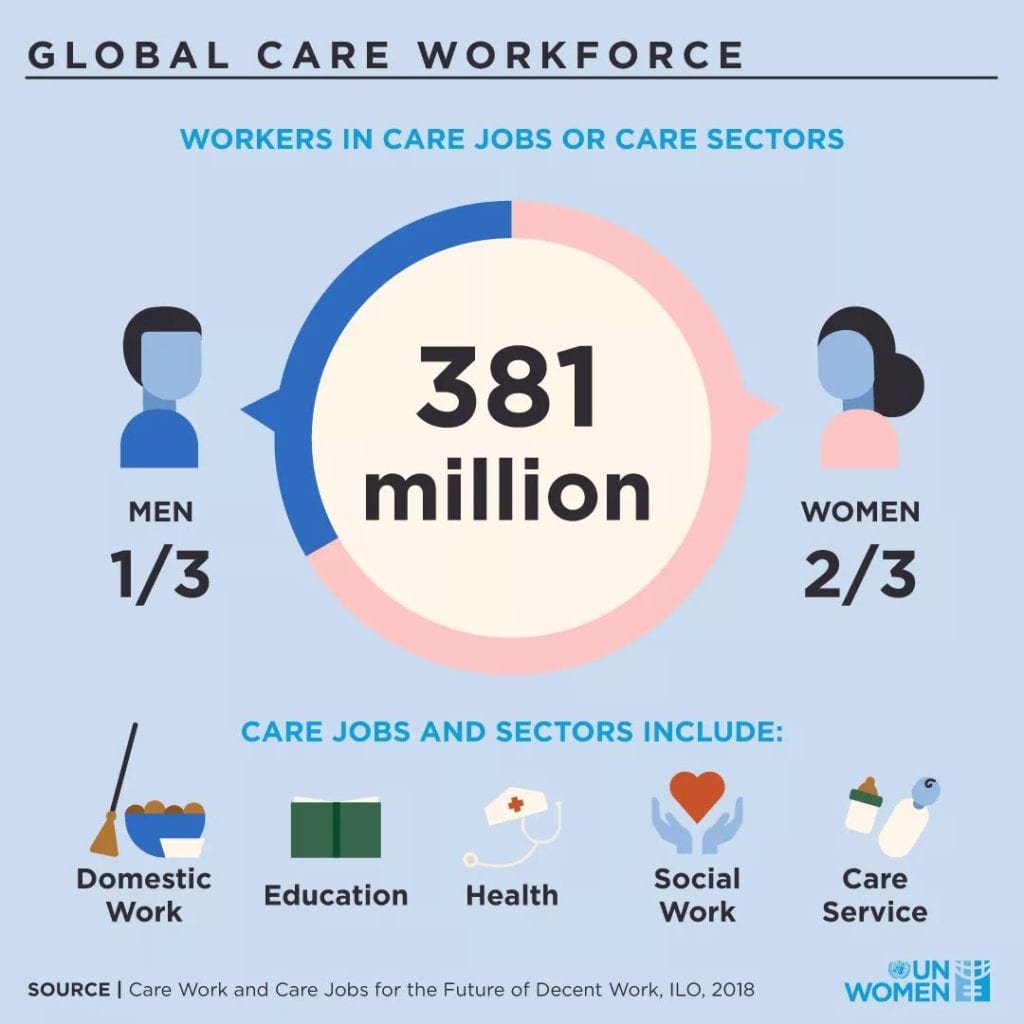 The Covid-19 pandemic revealed the value of women’s work, but also the exacerbation of inequalities and violence. During the crisis, women are becoming exhausted by their increased responsibilities. Their job: if they have kept it, may demand an increased workload to ensure job security, while several millions of job losses and unemployment has led to peaks in hunger, poverty and precariousness. Moreover, women are still paid on average 16% less than men, the wage gap even reaching 35% in some countries. Lack of available childcare and educational support for children at home due to school closings puts further pressure on women, while confinement increases the perpetual household chores!

Not to mention the domestic violence suffered by many women and girls trapped with their attackers in their own homes. Not to mention also the difficulties in accessing essential services, as regards particularly sexual and reproductive health (pre and post natal care, contraceptives, voluntary termination of pregnancy). Strong gender inequalities have been exacerbated by sanitary containment. 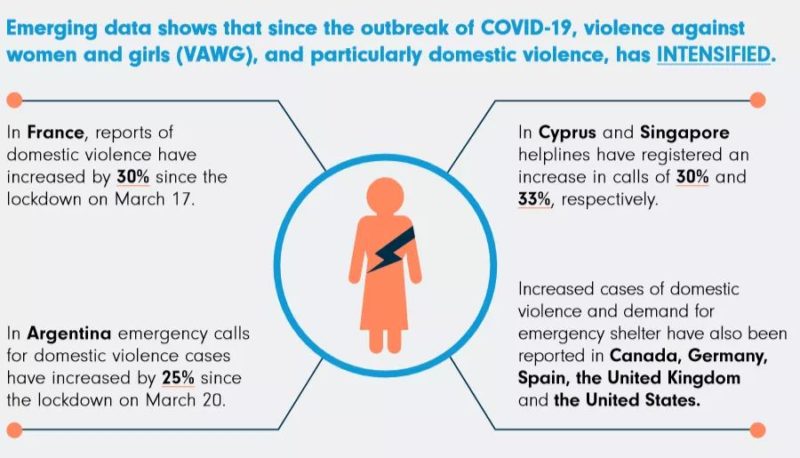 Though the front line of combatants is extremely female, the war staff against the epidemic of Covid-19 remains almost exclusively male! Yet, given the heavy contribution they have made, women should be the first to be seated at the negotiating table of those who prepare the next world. Women leaders from around the world have recently launched a global advocacy effort, calling for solidarity and urgent action to mobilise support for the most vulnerable and funding for the crisis response against Covid-19.

Antonio Guterres, UN Secretary-General, also invited all governments, in his report “Policy Brief: The Impact of COVID-19 on Women“, to fully integrate women, women’s NGOs and local associations, for the co-construction of decisions, so that the responses to the crisis take into account their specific needs and experiences. Some of the priority measures suggested by women’s NGOs to support both immediate response and longer-term recovery efforts include:

What better tribute to our shared humanity than to implement, together, political actions that build a fairer and more inclusive world, where all persistent inequalities would be eliminated?

This Covid-19 pandemic is a difficult ordeal. It obliges us to articulate what matters most and to prioritise essential investments, in order to take up a heck of a challenge: “living better tomorrow”. It is not a question of revival but of reconstruction of a better future for all. Social and environmental awareness should be the central pillar of all decisions, and the consideration of gender equality in all areas, its solid framework.”