At the Committee for Social Development Fifth Session held in Bangkok from 28-30 November 2018, the Committee deliberated on strategies for strengthening social protection in the implementation of the 2030 Agenda for Sustainable Development in the Asia Pacific. Here Dr. Theresa W. Devasahayam, SI UN Representative for Bangkok, Thailand writes a blog looking at why social protection is so important for women.

“As countries become increasingly absorbed into the global economy, growing numbers of people have been lifted out of poverty. However what is of increasing concern in many countries in the world is the growing income gap between the more affluent and those in the lower socioeconomic ranks. In this regard, social protection measures are important to reduce the gaps in inequality through social inclusion frameworks and interventions to eradicate poverty. 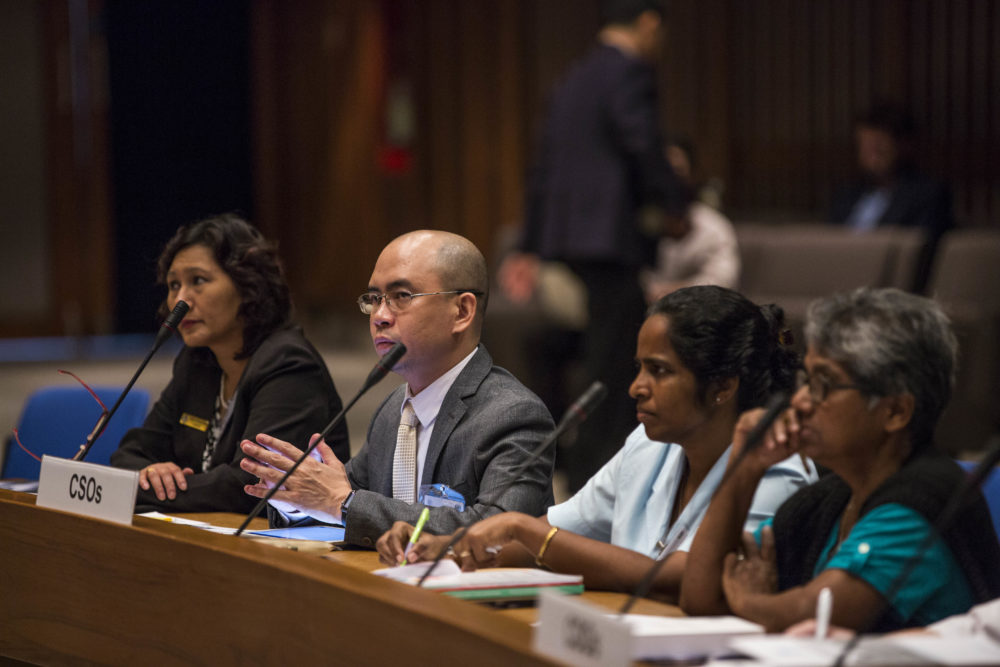 In the Asia Pacific, around 400 million people continue to live in extreme poverty, living on less than $1.90 per day, of whom the majority are from rural areas. Currently, extreme poverty rates above the global average are found in eleven countries in the region. In Papua New Guinea and Timor-Leste, more than one-third of their people remain in extreme poverty; while in the Solomon Islands, it is one quarter of the population. Monetary poverty is measured according to whether a household can afford enough basic food and non-food items to meet minimum requirements; other dimensions of poverty can be defined as the exclusion or deprivation from access to basic services and opportunities. 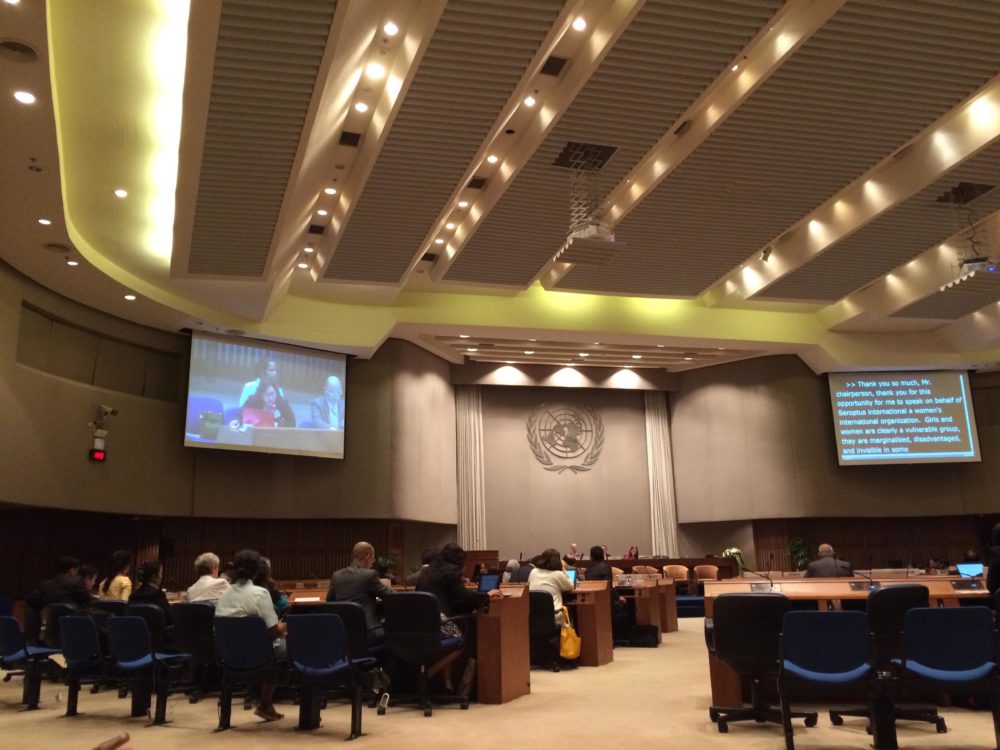 One of the premises highlighted at the meeting was that social protection should be construed as an investment in people rather than a liability to governments. By increasing public expenditure on social protection to reach the global average, at least 51 million additional people in Asia-Pacific countries could be lifted out of extreme poverty, and at least 233 million more could be lifted out of moderate poverty.

Women are a group especially susceptible to being left behind as they encounter multiple discriminations across their life course compared with male counterparts. The unequal burden of unpaid care work presents a systemic barrier to achieving genuine gender parity. Moreover, there are inadequate childcare provisions to encourage women to stay or return to the workforce after having a child. Discriminations against women owning land, property and assets remain which perpetuate gender inequality. Significantly, fewer women than men are agricultural landholders in some countries in the Asia Pacific region because of de jure and de facto restrictions on women’s access to and control of economic assets. In some countries in the region, the law does not guarantee them the same inheritance rights accorded to men. In other countries, customary, traditional or religious practices continue to discriminate against women. 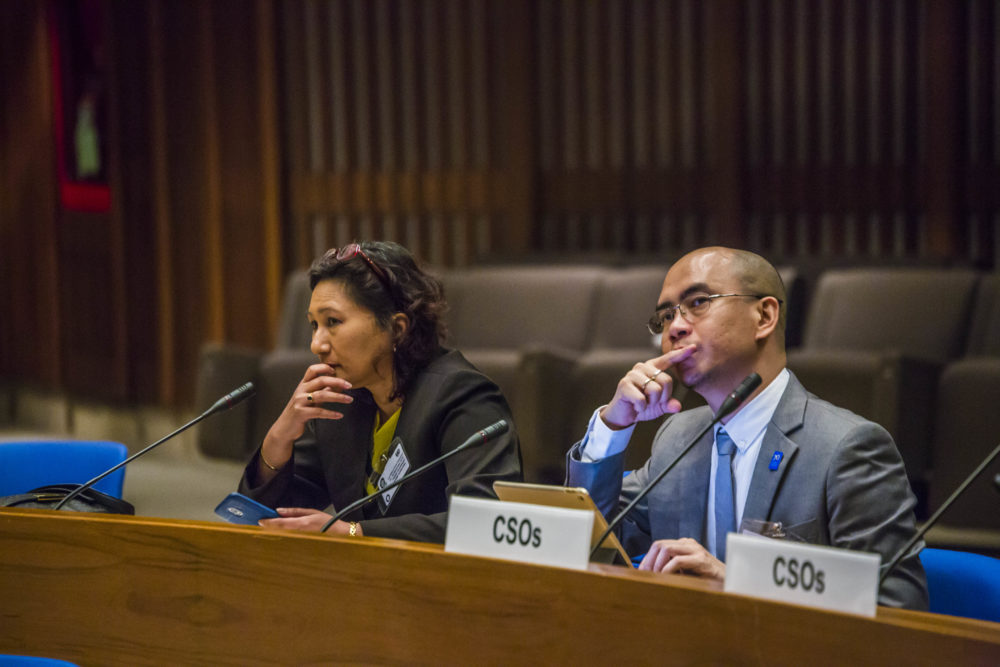 Another area in which women continue to face vulnerability is the lack of access to financial services. It has been found that the lack of ownership of bank accounts is negatively related to how women might operate their own businesses and earn incomes. In order to reverse the vulnerabilities women face in this area, promoting women’s economic participation requires: (a) the revision, adoption and enforcement of legislation mandating equality of rights and opportunities for them; (b) the implementation of measures to encourage gender parity in the household such that women are better able to balance the demands of working life and family life; (c) gender-based budgeting to improve allocation of resources for women’s economic empowerment policies and programmes; (d) the boosting of women’s access to productive assets, including property, financial and digital assets; and (e) the eradication of discriminatory social and cultural norms and practices.

In tackling poverty among women, it is essential that a multi-dimensional approach towards development should be adopted – an approach incorporating social, economic and environmental dimensions since women continue to face vulnerability and uncertainty on numerous fronts.

A range of concerns related to women were raised by delegates. In the oral intervention given by the SI UN Representative, she highlighted the bane of child marriage and the positive impacts of keeping girls in school through their potential contribution to the labour force and, in turn, to the economy of a country in their adulthood. Mention was also made that shifts in mindsets would be required to ensure girls’ education and to discourage the practice of child marriage.

Undoubtedly every woman, or for that matter person, has the right to social protection as enshrined in the Universal Declaration of Human Rights. To this end, achieving long-term sustainable and inclusive growth for all and, in turn, the SDGs would mean that social protection systems are necessary. In fact, empowering women and preventing them from slipping into poverty by reducing their vulnerability is crucial for bringing to fruition the 2030 Agenda since in many areas women continue to be left behind”.