“To advance the goals of equality, development, and peace for all women everywhere in the interest of all humanity”. (Beijing Declaration, 1995).

“In 1995, 189 governments were joined by 17,000 participants and 30,000 non-governmental activists in Beijing for the opening of the Fourth World Conference on Women. For two weeks, government representatives worked on producing a document of agreed written targets towards achieving gender equality. Meanwhile, the non-governmental activists followed the process closely and reviewed, rebuked, or supported, suggestions as they were made. Through their lobbying efforts, civil society applied pressure on governments to make meaningful commitments, ones which would ensure gender equity across all domains, for all individuals. The outcome of this momentous conference was the Beijing Declaration and Platform for Action (BPfA). The BPfA has since been declared:

“the most progressive blueprint ever for advancing women’s rights”, (UN Women).

The document identifies 12 critical areas of concern. “In each critical area of concern, the problem is diagnosed and strategic objectives are proposed with concrete actions to be taken by various actors in order to achieve those objectives” (BPfA). In this way, the BPfA becomes a comprehensive guide to understanding and combatting the key barriers to gender equality.

The twelve critical areas of concern are as follows: 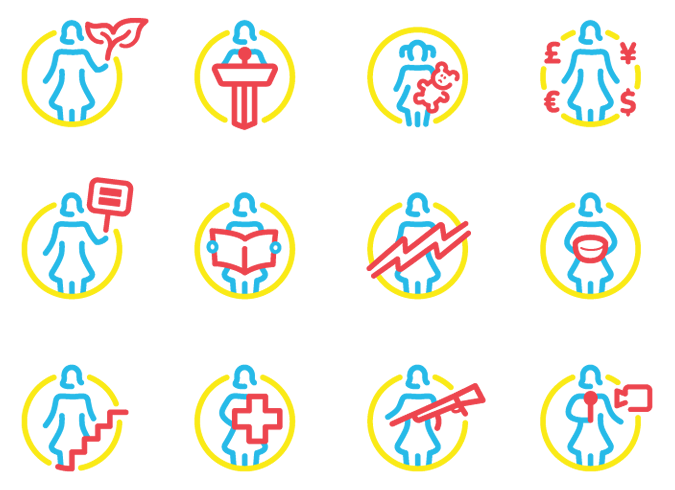 Have the Goals Been Met?
Twenty-five years after the adoption of BPfA, more women and girls have access to free, quality education, awareness and action against gender-based violence is improving, and we are seeing a gradual increase in women in positions of power and decision-making. However, no country has achieved complete equality for women and girls. Even in regions that are close to achieving gender equality in law, the lived reality falls short.

“A critical combination of a lack of political will, inaction and inadequate funding has caused uneven progress on the 12 Critical Areas of Concern” (SI Written Statement to CSW 64).

Where do we go from here?

In 2019, UN Women launched the Generation Equality Campaign and Generation Equality Forum (also called Beijing +25), which was organised in collaboration with civil society, and the 64th Session of the UN’s Commission on the Status of Women (CSW64). The forums were designed to facilitate the review of the BPfA and lead up to a UN General Assembly high-level meeting in New York on September 23, 2020. The Generation Equality Forum will begin in Mexico City, May 7-8, 2020 and will conclude in Paris from 7-10 of July, 2020. It will focus on an intergenerational approach to gender equality, producing demands which echo those of the BPfA as they focus on “equal pay, equal sharing of unpaid care and domestic work, an end to sexual harassment and all forms of violence against women and girls, health-care services that respond to women’s needs, and women’s equal participation in political life and decision-making in all areas of life” (UN Women), for all generations.

This years’ CSW, saw the adoption of a political declaration from Member States, pledging their ongoing commitment to implementing the BPfA. Meanwhile, the Feminist and Women’s Movement Action Plan is an inclusive network of governments, civil society and private sector participants whose purpose is to create alliances, promote innovation and mobilise resources. The Action Plan will develop from a review of the BPfA, alongside other international treaties, to produce updated objectives and rejuvenate the BPfA’s relevance in today’s climate. The outcome seeks strong commitments from governments and the private sector, in support of the demands and claims expressed in the Plan. During the UN General Assembly in September, it is hoped that governments will make commitments to finance and implement the Feminist and Women’s Movement Action Plan.

By continuing to hold governments to account, using the BPfA as a blueprint for future demands and commitments, we can hope to see further advancements towards gender equality for all, everywhere”.