A blog by International Director of Advocacy, Bev Bucur

“I must confess, I have never had to give water a lot of thought. I am lucky, living in Chicago, there has always been an abundance of good clean water. As I began to further my education on SDG 6: water and sanitation and the global challenges faced, I also began to focus on what was happening in my own community and learned the shocking truth of what really is in the water I drink.

Plastics in our beer and in our water?

In a recent study on tap water and beer made from Great Lakes water, it was found that the samples taken contained tiny fibres called microplastics that are one to five millimeters long. Water samples taken from various locations around Chicago also contained the microplastics. A study of German beers revealed similar results.

What about bottled water?

A March 2018 article published in the Guardian reported that The World Health Organisation (WHO) has announced a review into the potential risks of plastic in drinking water after study found that 90% of the bottled water sampled contained microplastics. In many instances the concentration was twice as high as the levels found in tap water. The bottled water tested was purchased in many countries and reflected popular brands of bottled water.

Where does the plastic come from?

A report from the UK’s Chartered Institution of Water and Environmental Management says the biggest proportion are fibres shed by synthetic textiles and tyre dust from roads, with more from the breakdown of waste plastics. It suggests the plastic being dumped on land in Europe alone each year is between four and 23 times the amount dumped into all the world’s oceans.

Microplastic debris is washed into wastewater treatment plants, where the filtering process captures many of the plastic fragments. About half are ploughed back on to farmland across Europe and the US as sludge, according to recent research published in the journal Environmental Science and Technology. That study estimates that up to 430,000 tonnes of microplastics could be being added to European fields each year, and 300,000 tonnes in North America.

Plastic doesn’t go away. The easiest plastic to recycle or break down is PET (E) the kind used for making soda bottles, water bottles, clamshell packaging, potato chip bags, produce bags and several other grocery-type packaging. Actual breakdown time for this type of plastic under perfect conditions can range from 5 to 10 years. Detergent bottles, milk bottles ad shampoo bottles will degrade in under 100 years. Single use plastic bags like the kind we get in a grocery store may take 500 to1,000 years to break down.

The microplastic fibers are in our air water and pollute our land. We are eating, drinking and breathing these plastic fibres and the health effects on are not conclusive. 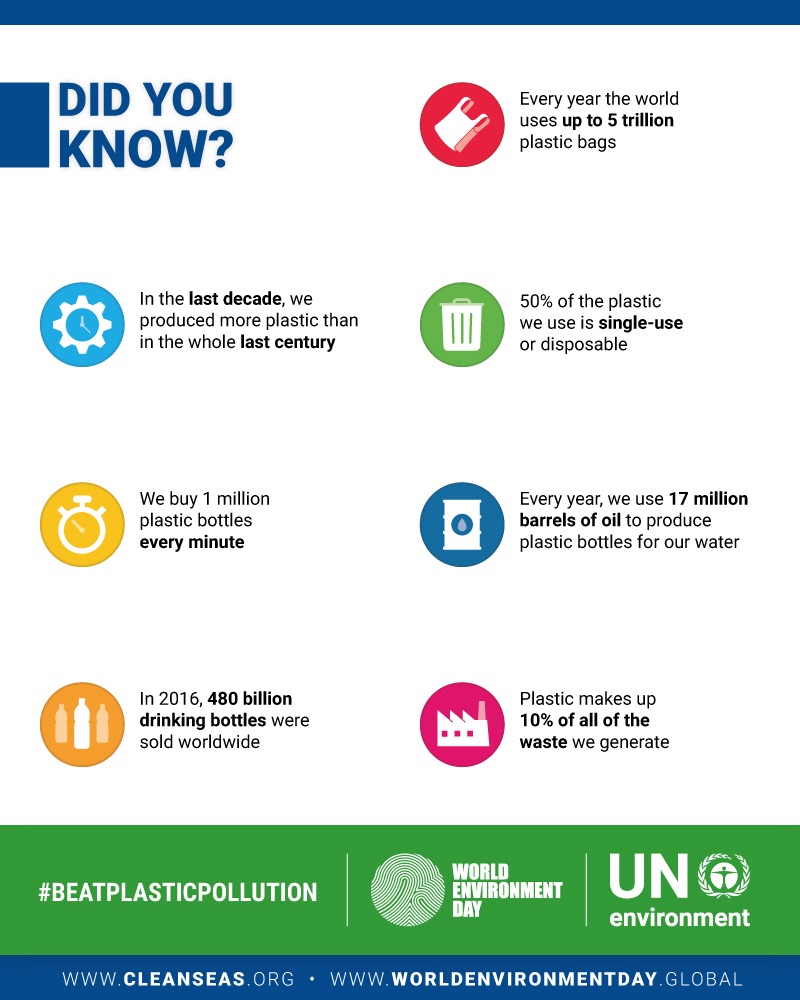 How do These Plastic Fibres Effect Our Health?

The long-term effects of exposure to plastics are unknown, but we do know that certain chemicals used in making plastics have effects on our health.

What can we do?

REDUCE our use of plastic by using a stainless-steel water bottle that can be washed and reused, using fiber or reusable bags for groceries.

REUSE the plastic bags you do have more than once.