In the first in a new series – we introduce ‘Your Voice at the United Nations’ – a regular round-up of advocacy news from the SI UN Representatives across the UN Centres.

‘Literacy, Lifelong Learning, A Sustainable Future for All’

On  September 11, 2017, Soroptimist International France organised a day of lectures and debates at UNESCO on the theme ‘Literacy, Lifelong Learning, A Sustainable Future for All’ along with our two UN SI Representatives in Paris, Marie-Christine Gries and Rina Dupriet. SI President of the French Union, Evelyne Para opened the event, SI UN Representative, Rina Dupriet moderated a round-table, and SI President Mariet Verhoef-Cohen closed the ceremony. 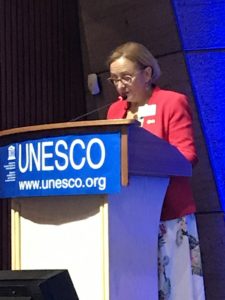 Evelyne underlined how crucial education is to achieve all the goals of sustainable development which have been adopted by the member states of the United Nations. Education also has a dedicated objective to “ensure universal access to quality education on an equal footing and to promote lifelong learning opportunities”. That is why Soroptimist International has chosen to invest in education, with a special focus on women and girls. In a world where economic and social structures are rapidly changing and technological progress is rapidly evolving, “lifelong learning” is not a luxury but a necessity. It is not only a matter of improving knowledge and skills. It is the very heart of personal and social development, it is a path to a more harmonious, more authentic human development to reduce poverty, exclusion, misunderstandings, oppressions, wars…, it is a privileged means to establish relations between people, between groups and nations, and to realise the ideals that are dear to us, namely human rights, peace, freedom and social justice.

SI UN Representative Rina opened the third-round table with “Knowledge is Power, certain people will tell you!” She explained that is it up to the NGOs to work within the framework of the new Agenda for Literacy to defend peace in the world. This can sometimes explain the will of some leaders in a number of countries not to facilitate literacy programmes for their people, and in particular of certain categories of their population, (particularly women and girls), in the name of a political or religious ideology, or of customs that are past their time. Soroptimist International has clearly understood this for almost a century of its existence. In a world made more fragile by wars, but also in a changing society whose benchmarks and values often shift, NGOs play a leading role in helping the most vulnerable populations.

SI President Mariet concluded with how important it is for Soroptimist International to fight against illiteracy. When women and girls the world over learn to read, write, do basic maths and use computers, they are more likely to lift themselves out of poverty. This is crucial, worldwide some 493 million women and girls still cannot read or write; this is literacy injustice. Women need to be given a (second) chance at literacy, it will increase their earning power and give their children a brighter future.

Click HERE to a view all speeches in English and French. 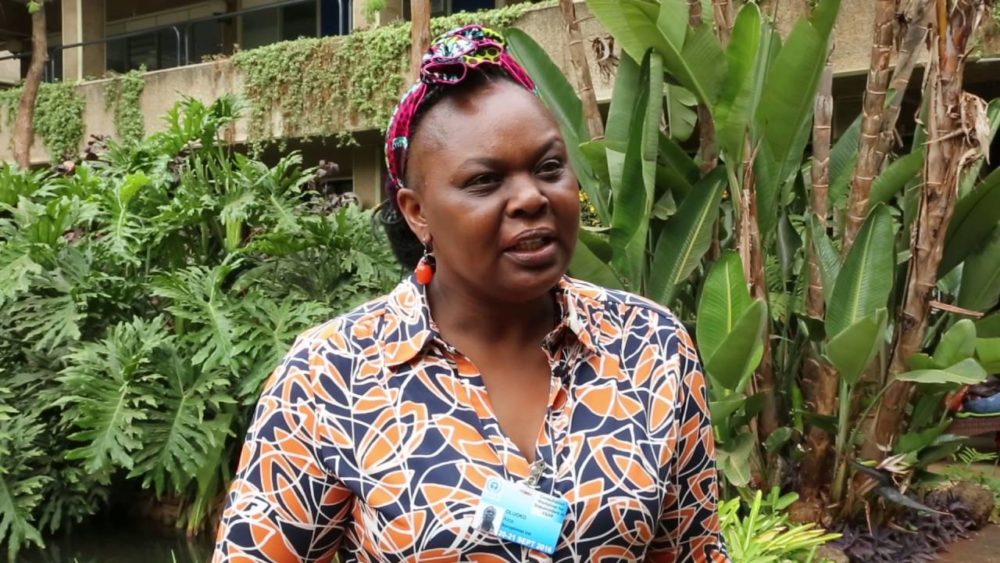 The meeting set out to enhance:

The first Session of the meeting began with a briefing from UN Environment Head of Civil Society Unit (Mr. Alexander Juras), Director, Regional Office for Africa (ROA) (Madam Juliete Biao), and Executive Director, UN Environment (Mr. Erick Soleheim). Some of the key messages from this session included, the need to support government position on plastic burn; emphasis on science, civil society, politics and business to solve the pollution problems to achieve the UNEA 3 theme ‘Towards a Pollution Free Environment’. UNEA 3 will take place 4-6 December in Nairobi and SI President Mariet Verhoef-Cohen will attend along with the Nairobi representatives.

In the first week, the side event programmes heavily concentrated on data, metrics, and statistical outcomes. While there is comprehensive data available, more is essential for the health and welfare of women and children. In rural and isolated communities, technology is minimal or non-existent, frustrating the few statisticians and organisations that are diligent in securing the information under very difficult circumstances particularly in the mountains. Telecommunications and connectivity is a priority especially for women and girls. Often girls do not have a birth certificate and without one denied education and work. However, even without a formal education digital literacy will provide the girls a chance for independence and eventually an income. In remote communities’ women and girls will continue to be at higher risk for violence and trafficking particularly with weak or little law enforcement. These statistics can provide governments and businesses empirical evidence to strategise and implement new policies of protection and programmes.

The newly established Independent Accountability Panel (IAP), which the UN Secretary General appointed, provides an independent and transparent review of progress and challenges on the implementation of the 2016-30 Every Woman Every Child. The Every Women Every Child specifies explicit roles for strengthening accountability functions at global and country levels to achieve its goals.

‘One Belt One Road, Bridge for Cities – Belt and Road Initiative: Developing Green Economies for Cities’. 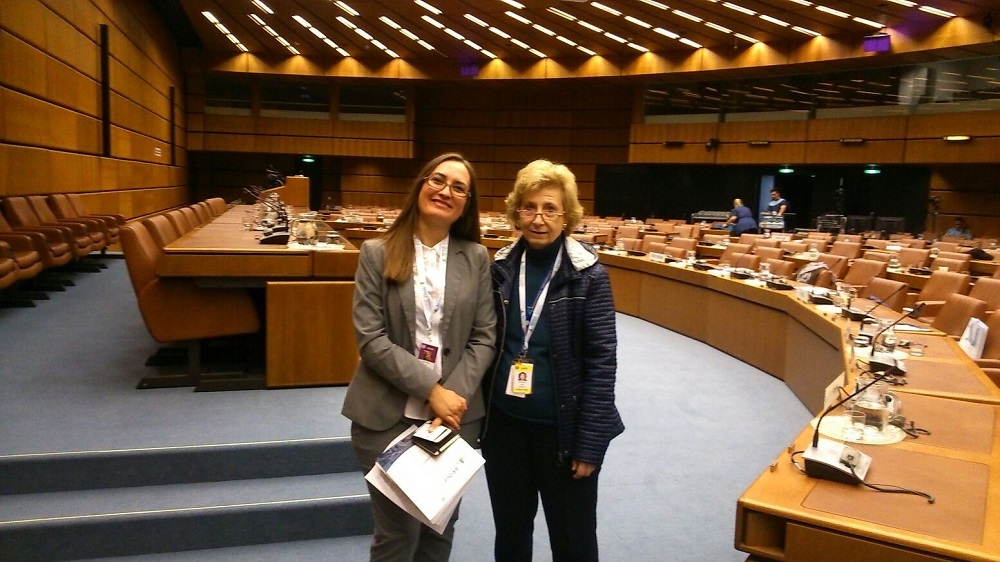 ‘One Belt, One Road’ is an enormous global Chinese project that will completely change the world in the years to come. The plan is to construct huge infrastruc­tural links through Asia and Europe to better connect China with the rest of the world. Beijing is allocating huge amounts of finance to fund this complex project.

Countries from Asia and Africa are some of the fastest-growing economies in the world. With economic growth, comes an increase in the migration of rural population to urban areas. With migration, the population in cities increases at a rapid rate, leading to overcrowding in cities which puts a strain on services such as electricity, transportation and water. Within urban areas there are higher crime rates, green gas emissions, and pollution amongst others, which pose longer-term challenges.

More than half of the global population lives in cities, and this level is expected to increase to two-thirds by 2050.  80% of all urban growth in the next 20 years will take place in Africa and Asia.