A blog by Hafdís Karlsdóttir – the gender effect of leave and care policies – stronger with dads involved!

“Gender equality starts at home. Sharing unpaid care work is a game-changer for both women and men. In the Nordics, decades of political efforts have put in place affordable and quality childcare, paid parental leave and elderly care. The result – more women in the labour market, more dads at home.

The event was hosted by Katrín Jakobsdóttir, the Prime Minister of Iceland, and the participants were all Ministers in the Nordic countries. The discussion was lively and it showed how investments in gender equality foster employment, family wellbeing and growth. 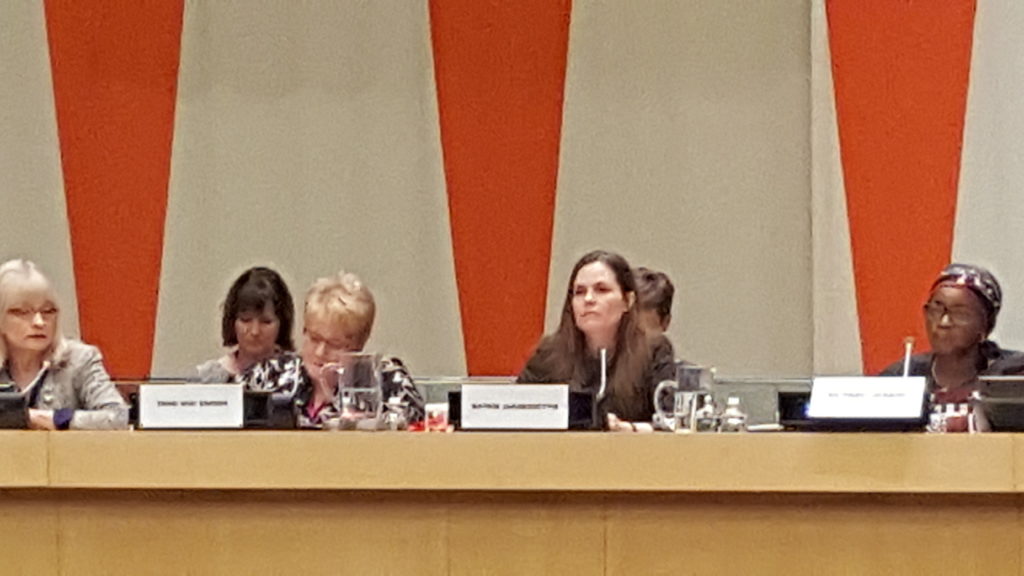 The moderator was Ms. Femi Oke, international journalist and writer, her first question was to ask the ministers of their experience of going on a Parental leave.

Katrín said she was all for family planning, but you can’t plan everything and when she was the Minister of Education and Culture 8 years ago she got pregnant of her third son. Although Parental Leave is written in our constitution which has 3 months of parental leave for the mother, 3 for the father and 3 to be shared, there had never been the case of a minister going on a parental leave. Together with her fellow female minister they decided that she would take over Katrin’s responsibilities while Katrín was away on a parental leave for four months. This worked out perfectly but Katrín would not have been able to do this without the support of her fellow female minister and without the support of her husband.

Eva from Denmark: When she decided to go back to work and her husband stayed home people said she was leaving her family instead of showing how well her husband was doing taking care of their children and home.

Eyðgunn from Faroe Islands was the oldest on the panel. She said that she always felt that she needed to be in charge of how to manage the home. She was always looking over her husband’s shoulder to tell him how to change the diapers or feed the child. One time she needed to leave home for 4 days and discovered when she got back home that her husband and child had perfectly survived without her. This made her change her behaviour, but she said that it is often very difficult for women to let go.

Trine from Norway said it was much safer for children to have two adults taking care of them instead of just one.

What are the obstacles and what needs to be done to create the change?

The hardest thing to do is to change traditions and maybe it is the women that need to change, to let go. Norway is a rich country because women are contributing, not because of the oil. To be able to increase women’s participation in the labour market, the welfare system it is the infrastructure that is needed – Kindergarten is the best place and 95% of the children in Iceland go to Kindergarten/Preschool and this is why women’s participation in the labour market is so high.

Policies change the culture. Don’t wait for the culture to change, that takes too long, change the policies. It is also a challenge for men to be a ‘man’ and be home to take care of the children. To have a less segregated labour market would help – not to value STEM jobs more than care work, and role models are missing. Research shows that technology will have more impact on jobs requiring technical knowledge and as in this gender segregated job market, we have the loss of jobs due to new technology, and this will have more effect on typically male dominated jobs, than on traditional women’s work.

Research shows that men that take parental leave communicate better with their partners, not just with their children. They talk more with them and participate in their lives. Not just gender equality but equality; equality is the key to society prosperity. We need to get men more engaged, ask the man what he is doing to achieve gender equality. Good for economy; sharing the responsibility with husband is good for family.

A question was raised from the audience concerning two men having a child and both being the father, if they would get the same Parental leave as parents who are of opposite gender. All the countries said that this would not matter, that there was no question of gender, but for a single parent then it is six months not nine as three is earmarked for each parent, as this is for gender equality not just about the child.