Since 1921, Soroptimist International (SI) has been founded on the principles of human rights, social and economic justice, equality, peace, and international goodwill to transform the lives of girls and women of all ages, through our international partnerships, and our global network of members. SI is a worldwide volunteer organisation for women, in 3000 communities in 121 countries; every one of those members is opposed to all forms of violence against women and girls.

It is with great concern that we learn that there is a move by several countries who have already signed up to withdraw from the Council of Europe Convention on Preventing and Combating Violence against Women and Domestic Violence (otherwise known as the Istanbul Convention) thus undermining legislative protection for women and girls in those countries.

Important legislative and policy measures have been implemented by each country in the last decade to address violence against women including  signing of the Istanbul Convention. Each country which has ratified the Convention has moved toward internal legislation which provides safeguards and  protection for women and girls from many forms of violence, especially violence perpetrated in the home.

Over 40 countries and the European Union joined in signing and ratifying this important Convention in order to follow the basic principles of international humanitarian law and other relevant Conventions which had been adopted since the creation of the United Nations (UN) as well as joining the global community in its effort to “create a Europe free from violence against women and domestic violence.”

The current COVID-19 Pandemic has produced increased rates of domestic violence, with many more women seeking support and assistance for themselves and their children.

Gender Based Violence (GBV) was observed at the UN General Assembly in 2015 to be a “public health priority, an equity imperative, a travesty of human rights, and an economic sinkhole. The voices of survivors and their families have been stifled by fear and stigma. The benefits of reducing the impact of violence against women and young people are huge because they will catalyse human, social, and economic development in ways that are essential for meeting many of the Sustainable Development Goals (SDGs). The spectrum for action is wide, spanning the continuum of care from prevention to survivorship, the lifecycle from childhood to adulthood, and engaging a range of economic and social sectors. “Now, 25 years after the Fourth World Conference on Women in Beijing and a decade before the SDGs should be achieved”, even the scientific community is asking: “what will break the inertia of violence against women and young people?”  (Source: The Lancet January 2020).  When will men and boys face their responsibility for ensuring the human rights of women and girls?

Unfortunately, girls and women, the “Invisible Majority”, still face a daily reality which may include the threat of gender-related discrimination and violence from the time of their birth to their older age. To a greater or lesser degree, women and girls are still subjected to physical, sexual and psychological abuse that cuts across lines of income, class and culture. This has been exacerbated by the COVID-19 pandemic.  And sadly, the observation  made in Beijing in 1995 that “the long-standing failure to protect and promote those rights and freedoms in the case of violence against women is a matter of concern to all States and should be addressed”  still remains true today.

GBV “reduces global gross domestic product (GDP) by 2% per year according to UN Women research (2016), which is equivalent to an annual loss of more than US$1·6 trillion when considering only direct medical costs and immediate productivity losses. In some countries, the annual costs of GBV have been estimated at more than 3·5% of GDP, which is double what many governments invest in educating their populations. The long-term, cumulative economic burden in terms of lost income-generation capacity is much higher.”

Soroptimist International will continue to oppose all regressive steps which reduce or remove protections for women and girls and will uphold the human rights of women and girls. 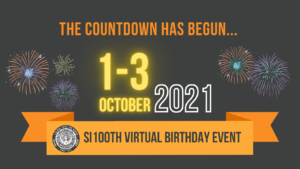