“Peace is necessary for the achievement of the Sustainable Development Goals (SDGs).  This session shared how civil society organisations are achieving an inclusive and sustainable culture of peaceful coexistence in their local activities while respecting the integrity of nation states’ sovereign rights.

Samira Harnish – Founder, Women of the World – Samira is from Iraq and founded the organisation she runs today.  Women of the World, is a trusted service and capacity building organisation for refugee, asylee (a person who has requested asylum), and immigrant women and girls.  She advised that we must receive and speak to immigrants locally and remain inclusive.  Many of these people are recovering from conflict and instability. Samira encouraged us to:

1M1B exists to activate 1 million leaders who will impact 1 billion people to create a world with balanced prosperity. Manav highlighted these points: 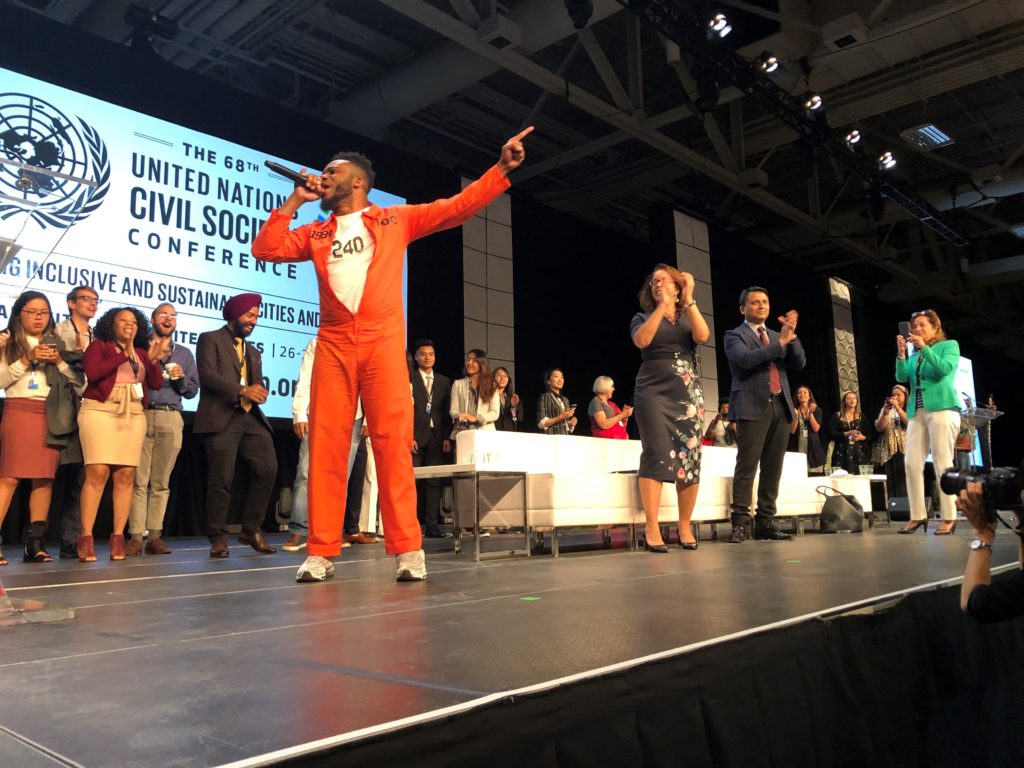 Lambo works with the Nigerian government where his squeaky clean image has earned him access to young prisoners. Lambo has been outspoken about the conditions in the facilities where they are housed, and the need to give these young offenders a second chance.  Lambo’s non-profit SALT (Saving All Lives Together) raises money to bring music therapy programs to Nigerian youth prisons. SALT pays the fines of young people held in prison for minor offences like street begging, as well as the legal fees of young people who may have been wrongly convicted.  “At some point I started fighting for some inmates that do not have to be in prison. I started fighting for them to get freedom, and started getting freedom for them,” said Lambo.

He quoted Nelson Mandela – “No one truly knows a nation until one has been inside its jails. A nation should not be judged by how it treats its highest citizens but its lowest ones.”

He then debuted a new song “I am you, you are me; together we are United Nations” written and produced in his hotel during the conference.

The entire audience was either standing and singing or joining him on stage as he performed this song inspired by his participation at the 68th Conference for Civil Society and bringing to a close this session.”