“On Thursday 24 October 2019, 118 teenage girls travelled from all over Kenya to Msembe in Lugari District of Kakamega County in Western Kenya to take part in this year’s Youth Leadership and Mentoring Training. High School Principles had been requested to select one girl from Form 1, and one girl from Form 2, who were not necessarily the strongest academically but held responsible positions as leaders in their institutions. In Kenya a large percentage of girls attend boarding school for the four high schools years, with the school year running from January to October.  November and December are the long holidays. Forms 1 and 2 are released before the Form 4 girls sit their final national level exams.  The girls attending the training come directly from their school to the camp, some travelling overnight by motor coach, others coming by motor bike from very remote locations but the majority by the ubiquitous 14 seater mini buses that keep Kenyans moving around the country.

The girls sleep on mattresses on the floor of the main hall of the Resource Center, most only have one or two changes of school uniform with them so, just as in high school, they have to wash their own clothes during the free time allocated for this!  As there is only a maximum of 2 girls from any one school, all attendees will make new friends from different parts of the country.

Many girls of this age are very shy so one of the first exercises they all have to perform is going to the back of the tent, where all the learning happens, and saying their name, school and home county loud enough so that the presenter at the front can hear them easily. This can be very challenging for some girls.  During the six days of training the girls learn life skills such as Leadership, Governance and work ethics, Communication, Media literacy, Financial independence and Effective Marketing; Human rights, Menstrual Hygiene Management, Health, Safety and violence prevention, Career Choices and Motivational Techniques, Community Connection and Project Management. Sensitive issues such as Female Genital Mutilation (FGM), Human Trafficking and Self Defence are also discussed openly and at length.

The camp is preparing the girls to be able to return to their schools as leaders, and to pass on what they have learned to others in their school year.  While the formal training is important, so is the networking and play time.  They take part in sports such as soccer and netball (a type of Basketball) cooling down after all the running around with gentle stretches, breathing, and Yoga.

Each year the girls select their own Girl of the Year (GOY) , and more often than not these girls then comeback to assist in following years.

Fenny, GOY in 2015, is now studying Social Work and Community Development at Nairobi University and has already started projects both in her Nairobi community of Kibra (the slum area that was originally called Kibera), and in her ancestral home area of Homa Bay, in Western Kenya, near Lake Victoria.  What she has learned from YLT is that: “all you need is a big heart, love and laugh and you can achieve what you want no matter what you have, a way will emerge”.  This is also the perfect description of the Founder and Director of the programme, Khayanga Wasike, who spends a large proportion of her life traveling the world to find sponsors for the Lugari Community Resource Centre and the YLT programme. For 2019 the board of WHISCA were going to cancel the event due to lack of sponsors, but Khayanga persuaded them to go ahead take the risk a way will emerge.

Blandina another GOY, comes from Kilifi on the coast, and is hoping to start a project farming rabbits and poultry once she has finished her BSc in Strategic Management. She says that her eight days at YLT in 2014 changed her attitude towards leadership, and she was no longer scared of trying.

YLT alumna from 2012, Winnie, has come back to help every year except the year she was taking her Exams. Like Fenny she comes from  Kibera where she started a Young Debaters’ Society that was broadcast on a local radio station Pamoja FM. (Pamoja means together in Kiswahili). This has now expanded into a youth driven organisation called Campde Voices, that still organises high school debates, but does so much more, including running holiday mentorship camps based on the ideas of YLT. Winnie has represented Nairobi in nationally televised debates, also introducing growing vegetables in a sack, enabling safe and healthy diets, with the surplus sold to raise much need cash. Winnie is now the manager of a retail store for Batik Textiles and says the YLT ‘gave birth to a bold go-getter woman, who is not afraid to try’. While trying to improve the life of others, YLT also taught her to appreciate the life status of others. 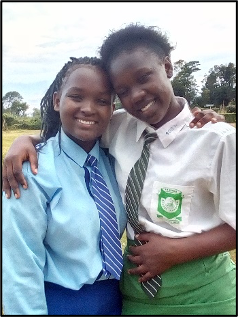 From the oldest alumni to the youngest, 2018 saw two young ladies so determined to become GOY that the ballot ended up a draw and the award was given jointly to them. Tracy from Nairobi and Esther from  Mombasa are now known as ‘The Twins’ and their energy is infectious, they worked so hard to keep this year’s camp running smoothly. Wherever you looked one or the other, or both, were busy doing something. They did a splendid job of looking after guest speakers, mentors and particularly the old lady compiling this report! Esther comes from a broken home in the not so good part of Mombasa and has learned Hakuna Ubinafsi – do not be self-centred, give to others. She has started a Gospel Music Dance team and is School President. 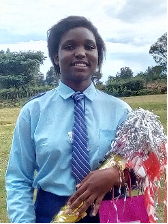 Esther’s school, St John’s Kilifi, has a great reputation with YLT as her successor, the 2019 GOY,  Maryanne Kirimini comes from the same school. When I asked Maryanne what her goal in life was she said: ‘To grow up and be just like Madame Wasike and the other Soroptimists she has met during the course of the camp”. She wants to pursue a career in Nursing, and her motto is:

‘Truth is the foundation of all human virtues’

Another young lady in this year’s programme told me that she had learned to speak up and share worries.

All the girls had to submit a one page proposal for a community project including resources required, and the expected measurable outcome. This year’s winner devised a plan to make shower caps out of recycled plastic bags.

Almost a complete day was spent letting the girls hand sew a pair of panties, for many this was the first time they had ever used a needle and thread. While they were sewing they listened to a very frank and open talk about reproduction and the care of the female reproductive organs, as well as menstrual hygiene. Each girl was given a reusable and washable environmentally friendly menstrual kit made by the Days for Girls team. With good care, the kit will last for 3-4 years helping the girls to gain confidence in overcoming their menstrual hygiene challenges.

An amazing talent contest was held on the 7th evening, where many of the girls who had not said a word in any of the trainings suddenly blossomed into confident young ladies; reciting poems they had written themselves, singing, dancing, and one group who had only come together during the week, staged an excellent drama about marrying for love rather than riches, despite the parents’ wishes.

The 8th day was graduation day, starting with traditional dancing followed by tree planting done by guests ably assisted by the girls. Attendees we then entertained by the girls repeating some of the best talent from the previous evening, followed by the presentation of various awards.

Each girl was given her certificate of attendance and the menstrual hygiene kit by one of the many guests attending including Soroptimist from Eldoret and Mumias. 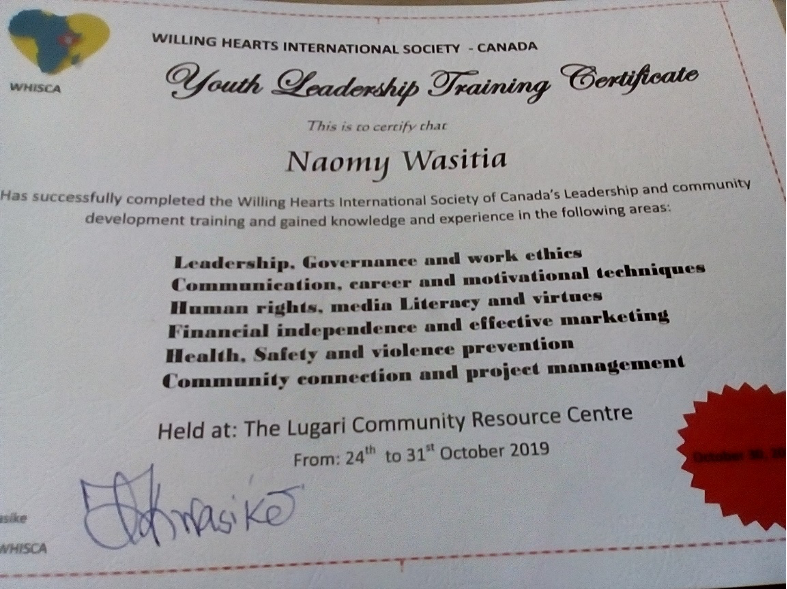 Finally, the ceremonial torch was handed over by last year’s GOYs to Maryanne, this year’s GOY and the ‘Mother of the Year’ 2019, Grace, a Soroptimist from Mumias who has undertaken to mentor Maryanne throughout the coming year.

To close the camp, the mentors, friends, teachers and participants celebrated an emotional Circle of Transition by lighting the girl’s candles as a symbol of love, wisdom and bravery.

They are to illumine and shine like stars in darksome nights, as they champion their way on their new journey of leadership.”