Detective Kim Bogucki is the co-founder of The IF Project, an innovative partnership between law-enforcement, currently and previously incarcerated adults, and community leaders to build commonality, reduce misperceptions and serve as a deterrent to recidivism and future incarceration.  A 33-year veteran of the Seattle Police Department (SPD), Kim has developed Internationally replicated programmes that create dialogue around issues of social justice between members of law enforcement and the communities they serve. 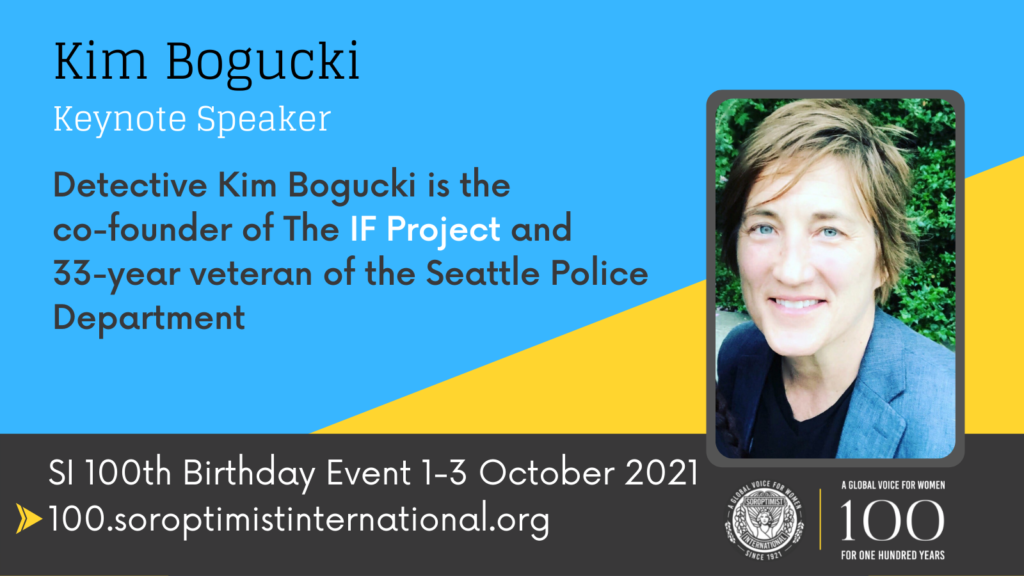 In 2008, Detective Bogucki traveled to the Washington Corrections Center for Women (WCCW) after becoming partners with Girl Scouts Beyond Bars as part of the SPD Youth Outreach Unit.  Kim wanted to explain to the Scouts’ incarcerated mothers why a police officer was meeting with their children.  She also wanted to assure the parents that the police would not disparage them to their daughters.  Kim hoped her visit would start to build trust among the parents, children and the Girl Scouts Beyond Bars organisations.  On her initial visit to WCCW, Kim asked the following question:  “If there was something someone could have said or done to change the path that led you here, what would it have been?”  One of the mothers, Renata Abramson, began asking others at WCCW to write their responses to the “IF question.”  And when Kim returned for a follow-up meeting a few weeks later, Renata handed her 25 essays.  Neither Kim nor the writers knew at the time that this question would lead to a unique national model to help people in prison and at-risk youth take a more positive path, and produce an award-winning documentary that has traveled the world providing a platform for women’s stories.

Kim is part of a gender-responsive initiative with the Washington State Department of Corrections.  She serves as an officer liaison to the LGBTQ Advisory Council and is a recent member of the board of directors of the Greater Seattle Business Association.  She currently sits on the board for the Washington state Correctional Industries, and has also been appointed by Washington State Governor Jay Inslee to sit on both his Re Entry and Ending Youth Homelessness task forces.  Kim speaks internationally about Criminal Justice Reform and has delivered three TEDx Talks that are available online.

We look forward to welcoming Kim to the 100th Birthday Event!

Register your place at: https://100.soroptimistinternational.org/si100