“At the 62nd Session on the Commission on the Status of Women (CSW) New York, 12-23 March 2018, The head of the Government of Kenya delegation was Professor Margaret Kobia, PhD, EBS, Cabinet Secretary (CS), Ministry of Public Service, Youth and Gender Affairs. Prior to the 62nd session, the government delegation held Country preparatory meeting with relevant actors, and today’s forum can be seen as a step in the right direction, and for stakeholders to reflect on lessons learnt and draw a joint roadmap towards the implementation of the negotiated outcome resolutions. 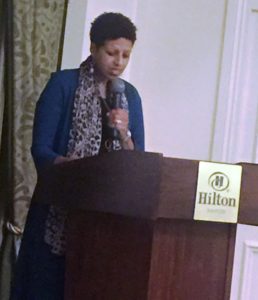 In her opening remarks; the Chief Guest appreciated the support and political commitment from the highest national office, His Excellency Uhuru Kenyatta, for the continued attainment of gender equality, which is central to Kenya’s national development.

The delegation further recognized CSW as a strategic platform for Kenya to highlight key issues, share best practices and help to shape the global agenda. Delegates present praised Kenya’s visibility as a Vice Chair during CSW, and its election as Vice Chair in the 2019 CSW, the 63rd Session, as a sign that Kenya has made big strides in gender equality.

Today’s discussion underpinned the importance of engaging men and boys as agents and beneficiaries of change, and for the achievement of gender equality and empowerment of all women and girls, including those in rural areas.

The Kenya delegation to the 62nd session of Commission of Status of Women identified seven pillars as areas of priority to guide action in the empowerment of women and girls living in rural areas.  Mary Muia, in her contribution on comprehensiveness on all issues affecting women and girls on identified pillars, proposed the inclusion of Women and the Environment as the seventh intervention, as one of the 12 critical areas of concern identified in the Bejing Declaration and Platform for Action, adopted by global leaders at the Fourth World Conference on Women in 1995. Drawn in joint communique below are summative priority pillars of intervention; 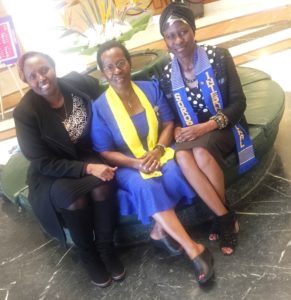 a) Enhance Women Participation In Leadership And Decision Making

Agreed to sustain the advocacy for increased numbers and effective participation of women in leadershipat all levels of decision making whether in private or public and in particular the two third gender principle.

Underline the importance of strengthening the voice of rural women and girls in agency and leadership, and their full, informed, equal and effective participation at national and grassroots levels, and in decision making matters.

Increase investment to close resource gaps for achieving gender equality of all women and girls, including women and girls living in rural areas, though, inter alia, the mobilisation of financial resources from sources, including domestic and international resource mobilisation and allocation, the full implementation of official development assistance commitments and combating illicit financial flows. 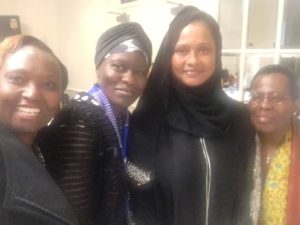 d) Women in Peace and Security

Importance of accurate timely data and information, as well as clear targets, to underpin evidence-based policy and monitoring. Accelerate implementation of the Every Women Count pilot programme on gender statistics in order to support policies and actions to improve the situation of women and girls living in rural areas.

Recognize the disproportionate impact of climate change on women and girls and commit to engage environment protection, in mitigation and adaptation initiatives, including disaster preparedness, response, recovery and related measures to build resilience in rural areas in Kenya”.

Lead Image: From Left: Ms. Purity Oyie, The Anti-FGM Champion Kenyan Girl who spoke on Behalf of all Girls Living in Rural Areas at the CSW 62 Session Opening ceremony in New York.