In 1995, the Beijing Platform for Action highlighted 12 critical areas where urgent action was needed to ensure greater gender equality. As the second instalment in our series of blogs examining this landmark document, SI Advisor to Advocacy, Pat Black questions if COVID -19 has quashed the world’s chances of achieving the aims set out in the first of the 12 critical areas of concern: ‘Women and Poverty‘. Today, this key area is incorporated into the goals and targets of the 2030 Agenda for Sustainable Development, and predominantly in Sustainable Development Goal 1 (SDG1): ‘End Poverty in All its Forms Everywhere‘.

“Poverty and social exclusion are inextricably linked.  For women, poverty intersects with so many other aspects of life where discrimination is rife such as disability, race, ethnic origin, marital status, and migration status.

Prior to the COVID-19 pandemic the persistence and even increase in some countries of high rates of poverty among women was a clear indication of the inability of social, economic and employment policies to respond properly to women’s needs and to guarantee women and girls’ human rights.

As Soroptimists, we are all aware that Sustainable Development Goal 1 (SDG1) is to end poverty in all its forms: and by 2030 eradicate extreme poverty for all people everywhere (currently measured as people living on less than $1.25 per day).

Women and girls fare worse than men and boys on a wide range of factors that may predispose them to poverty, including having their own source of income, ownership, and control of assets and equal decision-making within their households.  Divorce, separation, and widowhood also affect women more negatively than men. For example, divorced women in the 18-49 age group are more than twice as likely to be poor than divorced men in that same age group.

Between the age of 20 and 34 years, women are more likely to be poor than men. The difference coincides with the peak productive and reproductive ages of men and women, and can be related to factors such as women having young children in the household and the higher likelihood for women to leave the labour market in response to rising demands on the time they allocate to unpaid care work.

The research also shows that households with children are among the poorest, and that single parents with children, and predominantly single mothers with children, face a far higher risk of poverty. Food security for these families remains a challenge. The recent FAO Report indicates 690 million people suffer from chronic hunger and the 2030 target of Zero Hunger for SDG 2 is unlikely to be reached. 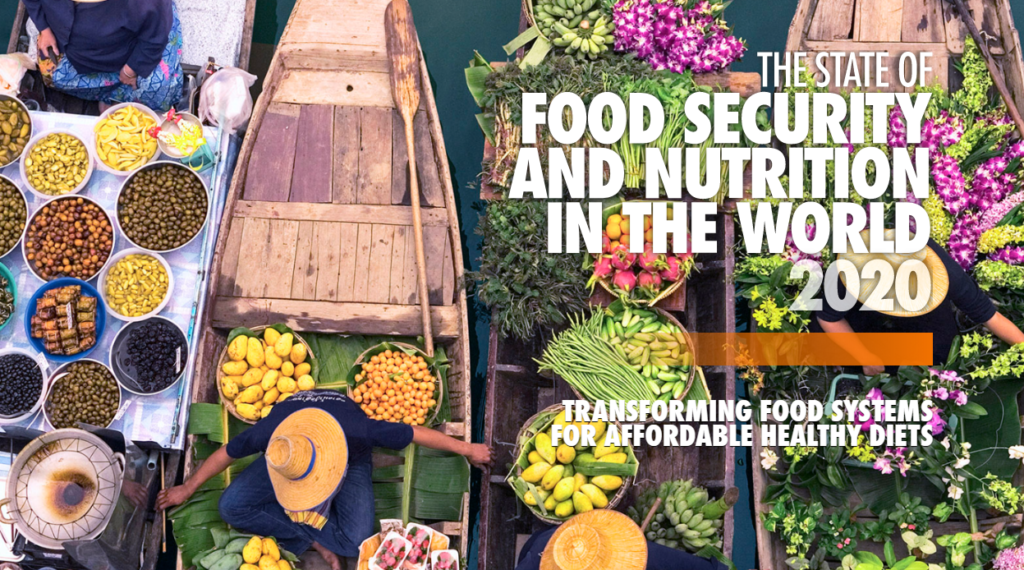 FAO Report: ‘The State of Food Security and Nutrition in the World 2020’. Click the image to access the digital report.

All of these factors contributing to poverty are compounded on a regular basis by conflict and disasters.

So what should have been happening?

The evidence demonstrates that policies across a wide range of issues must be implemented urgently to support the eradication of poverty.  Even if policies exist there is often totally inadequate funding to put them into operation.

Soroptimists have long called for:

Shahra Razavi, Chief of Research and Data Section at UN Women  says “The greater likelihood of women not having an income of their own and the inequality in the division of unpaid care work, put women at a severe economic disadvantage compared to men, and at a higher risk of poverty. Therefore, policy interventions to fight global poverty must pay attention to the specific barriers that women face”.

There is clearly a need for accessible, affordable, and quality childcare services to enable both single parent families (predominantly single mothers), as well as other families with children, to combine their care responsibilities with income-generating work. “But it is also clear that many women with children will need social protection transfers to complement their earnings”, adds Ms. Razavi.

The current UN High-Level Political Forum being held virtually, is responsible for reviewing progress on the Sustainable Development Goals and has received the report for 2020 which does not make for optimistic reading. The Report identifies that ‘for the first time since 1998 there is a rise in global poverty with an estimated 71 million people expected to be pushed back into extreme poverty in 2020. Moreover, although 2020 involves a review of the Bejiing Declaration 25 years on, women’s organisations throughout the world are denouncing the lack of progress for women’s issues across the board. 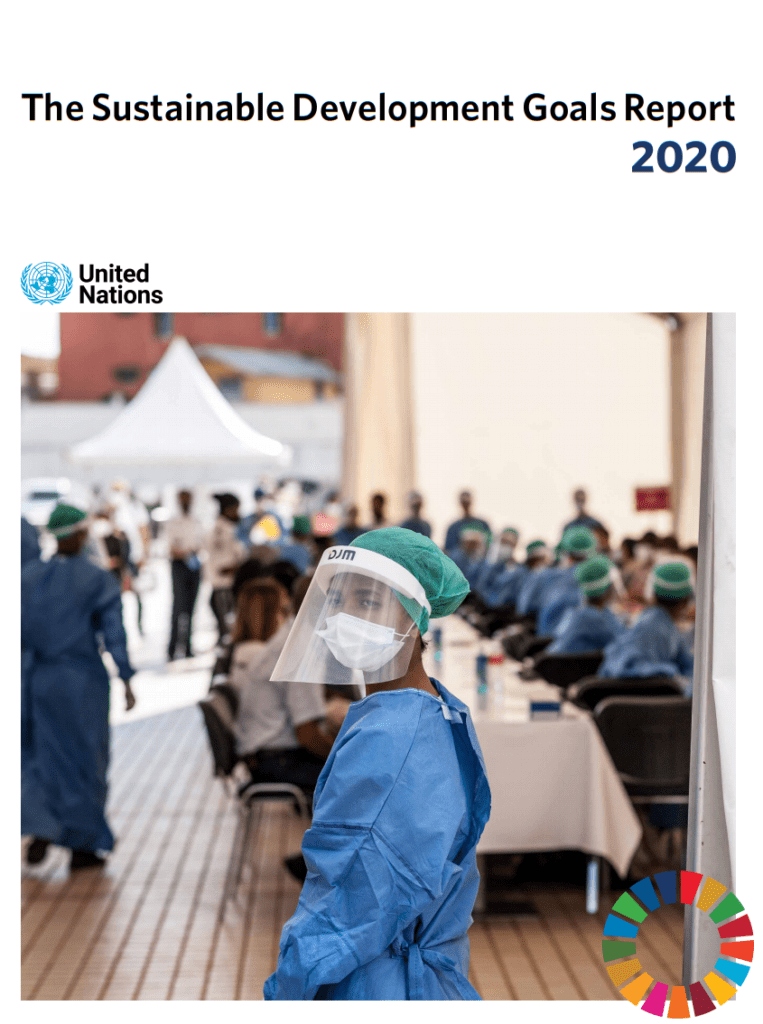 In 1995, the Beijing Declaration and Platform for Action highlighted the importance of tackling the unequal distribution of paid and unpaid work between men and women, as an essential step towards achieving gender equality. Unfortunately, 25 years has lapsed and very little progress has been made since that time. The neglect of unpaid care in policy persists, at great cost to caregivers themselves.  Public policies should position care as a social and collective responsibility and treat unpaid caregivers and those they care for as rights holders as a matter of urgency. Too many Governments still rely on the free care provided by women and the COVID – 19 pandemic has brought this to the top of the agenda.  This must change, and quickly!

The pandemic has also exposed the negative effects of many of the austerity cuts of past years across public sector services such as health and social care as well as education. During the pandemic many children and young people have added to the numbers already out of school and education.  Nurseries, schools, and colleges have been no-go areas for young people.  The 2020 SDG Report claims 90% of young people throughout the world have been kept out of school by the pandemic.  This has added to the pressure on women to provide daily care as well as home schooling.

School closures have also had a wide range of adverse impacts on children and young people, including interrupted learning and loss of interaction with friends. When schools close, many children lose the meals provided at school and a zone of safety. This impact on their nutrition has knock on effects on family income, which in turn adds to the demand for women and girls’ unpaid work. The World Food Program (WFP) estimates that more than 320 million primary schoolchildren in 120 countries are now missing out on school meals.

Sustained disruption of education could lead to a rise in child labour and child marriage, placing a further brake on developing countries growth. A recent IMF paper showed that child marriages reduces low-income country GDP by 1 per cent.

Digital technologies have become important in this crisis, facilitating business continuity and connecting people. However, inequality of access to broadband connectivity and inaccessibility of technology hinders effective remote participation and access to remote schooling arrangements, health information and telemedicine by all.  An estimated 3.6 billion people remain offline, with the majority of unconnected people living in the least developed countries.

It has been reported that the response to the virus is also having a differentiated impact on segments of the population with the major impact on women.

Prior to the pandemic Beijing + 20 and now Beijing +25 were already identifying the lack of progress in lifting women and their families out of poverty and it was looking increasingly likely that the targets of SDG1 would not be achieved.

Research is beginning to identify that globally, many more families are dropping back into poverty. Currently UNDP says “The virus is ruthlessly exposing the gaps between the haves and the have nots, both within and between countries.   It finds a fertile hunting ground when more than half the world’s people lack essential health services and have little or no social protection. About 100 million people are being pushed into extreme poverty because they can’t afford healthcare. “

The ILO says that in India alone, more than 400 million people risk sliding into poverty because they are already forced to rely on informal work.

The world now and post pandemic must face up to the consequences of not providing for the most vulnerable and in recovery must implement the actions necessary to reduce global poverty. Will the richer, more economically stable countries answer the call of the UN Secretary General to write off the debt of those countries in the global south thus enabling them to concentrate on lifting their populations out of poverty?

Will Governments step up? Will the international community respond to the UN Secretary General’s call to work together to alleviate poverty for all?

Will it happen quickly so the targets for SDG1 are met by 2030?

As Soroptimists we must continue to voice our concerns, to speak out for those who are struggling to survive so that we can push to make sure no one is left behind because of this global pandemic.”