Worldwide, COVID-19 has had an ominous impact on human lives as much as economies. In an effort to curb the spread of the virus and to keep their own populations safe, the pandemic has pushed governments to shut their borders by enacting barriers to migrants. The restrictions in movement have had uneven consequences on workers with those employed in low paid and low and unskilled jobs feeling immense precarity.

In Asia, labour migration dominates migration trends. In the region alone, around 87 million have been said to migrate for work, with the majority migrating within the region being semi-skilled and low-skilled workers, whilst those migrating outside the region tend to be skilled migrants, moving to advanced industrial economies. In a country like India in which inter-state and rural to urban migration continues to thrive, the pandemic has had devastating implications for low and unskilled workers. When the lockdown was announced, many of these workers, including vulnerable groups such as women, children and the elderly, were forced to return to their homes en masse because they lost their source of income and housing as a result of factories, businesses, and workplaces having been closed.

It has been argued before that migration supports economic development. Labour mobility, however, has its risks which become amplified during a crisis. In a situation such as a pandemic like COVID-19, unemployment is inevitable as the economy takes a nosedive. In this case, migrant workers tend to be the most vulnerable to losing jobs.

The feminisation of migration

In recent decades an emerging trend in the world as well as for Asia, is for growing numbers of women to migrate for waged work—a phenomenon dubbed the feminisation of migration. Many migrant women, however, cluster in certain occupations, in spite of gender gaps in education closing across the world. Many are heavily employed in the medical and care sectors as nurses, care workers in nursing homes and daycare centres, as well as domestic workers, reflecting the persistence of occupational segregation along gender lines. In a nutshell, they tend to be employed in sectors connected to their caregiver role in the family.

While remittances sent by migrant women working in the labour receiving countries have been able to keep the economies of their homeland buoyant during the time of a public health crisis, it is unsure for how long this trend will go on. The emergence of COVID-19 has presented wide-ranging economic consequences in the labour receiving country. The economic downturn resulting from the shutting of borders as well as domestic businesses could spell the loss of jobs amongst migrant workers. 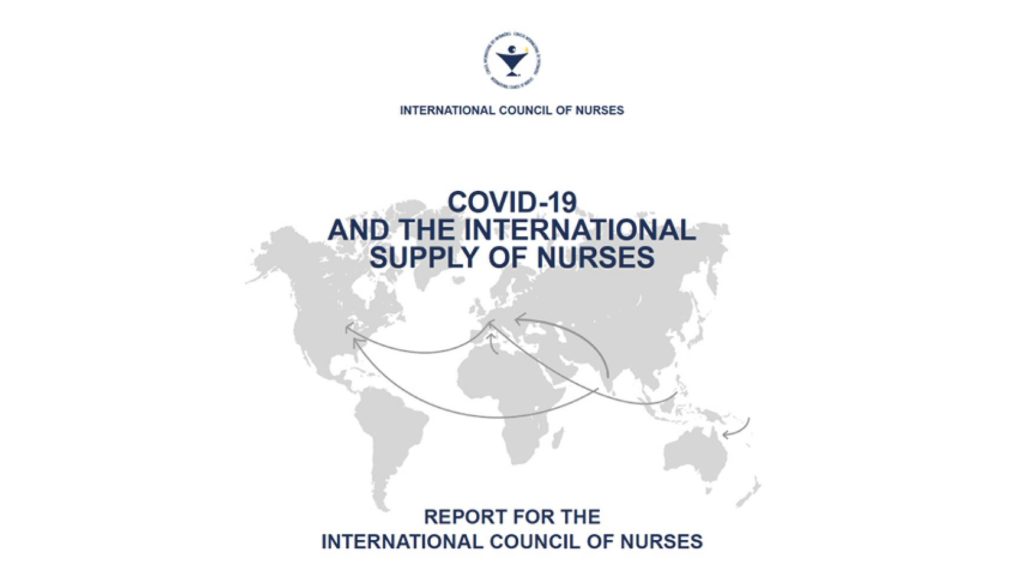 What is happening where?

In Southeast Asia, the Philippines continues to be the largest exporter of migrant labour with its migrant women being hailed as “modern-day heroes,” serving to bolster their country’s economy through remittances sent home. Other labour exporting countries in Southeast Asia are Cambodia, Indonesia, Myanmar, Thailand and Vietnam. Although beyond the region, India and Sri Lanka have also sent their women out in search of employment. An unusual case is that of Thailand; while it exports labour, it has simultaneously joined the ranks of labour receiving countries in the region following the examples of Brunei, Malaysia and Singapore.

In the labour receiving countries in Southeast Asia especially Malaysia and Singapore, frontline workers in hospitals fighting COVID-19 are dominated by migrant women; the same goes for carers of the elderly in nursing care facilities and migrant women working in the privacy of homes because of the shortage of local women to take on such jobs. In this time of COVID-19, the health risks of nurses are particularly heightened because of the kind of work they do.

Carers of the elderly in the privacy of homes could also be considered “frontline” workers to the extent that they provide care to the elderly who have their own health needs brought on because of ageing.  This care sector has also felt the impacts of COVID-19. In Singapore and Thailand, the role of elder-carers in the family are often filled by migrant workers. While employed as domestic workers, often these women become carers of the elderly because of the greying of the populations in these countries.

In Singapore, there are a total of 252,600 migrant workers employed in the domestic work sector. While employed through formal arrangements in Singapore, in Thailand, these “maids” numbering more than 250,000, coming from Myanmar, Laos and Cambodia, are often employed illegally and are “often caught between immigration law and employment law and excluded from labour rights and protections”, subjecting them to further risks during a pandemic should they be vulnerable to exploitation and unfair labour conditions. And in this case with movement restrictions, families in need of the labour of these women are affected because of the labour migration curbs installed to block the flow of these workers into the country.

On the other hand, for female workers already in Thailand, it has been found that some have lost their jobs because of being dismissed by their employers who feared that they might bring COVID-19 into the home. Besides it has been reported that migrant women working in the domestic work sector in Thailand have limited access to COVID-19 testing and treatment and are more likely not to seek medical help because of the costs involved, as well as the fear of engaging with authorities because of their illegal status.

Malaysia is another labour importing country, highly dependent on Indonesia and the Philippines for its steady supply of domestic workers. In Malaysia and Singapore, maids have been subjected to their movements being controlled more tightly for fear that these women would bring the virus back to their families. As a consequence, many are being instructed by the employers to forgo their day off and instead have ended up working longer hours as well as being asked to give up their day off without being compensated.

Women migrants have also played a critical role in long-term care. Because of Singapore’s ageing population, private providers and charities run nursing homes. It has been reported that nearly 85 percent of nursing home attendants are foreign workers from China, India, Myanmar, the Philippines and Sri Lanka—the vast majority employed on work permits. Their work entails that they come into contact with the elderly who are most vulnerable to COVID-19; the Singapore government took swift measures to ensure that the movements of workers in this sector was limited. In the initial months when the pandemic was evolving, all nursing home attendants were made to live on-site, that is, their places of employment, or moved into hotels to ensure that they do not come into contact with society at large and, in turn, become potentially spreaders of the virus within these nursing homes.

An unclear future for migrant workers

Since COVID-19 is still evolving, it is uncertain what the future holds except that the full economic impact of the current pandemic on female workers is unclear right now. In terms of job losses, this may be inevitable across the different sectors although it may not hit the health sector as badly as others. Because of the urgency of retaining nurses, recognising the critical role they play in managing and containing the virus, countries like Singapore have rolled out a special bonus for healthcare workers in public hospitals and institutions directly involved with treating COVID-19 patients.

The world is facing a global shortage of nearly six million nurses; governments cannot afford to lose any of the workers in this sector, many of whom are women migrant workers. As for foreign domestic workers in the more affluent countries in the region amongst whom nearly all are migrants, it is uncertain if the jobs of these women are actually secure. In fact, should employers lose their own jobs during the unfolding economic downturn in the coming year(s) resulting from the pandemic, the likelihood is high that some of these women might not be able to find new work and stay on in the labour receiving country. In contrast, nursing home attendants may be secure in their jobs as well, as much as healthcare workers, because of the shortage of workers in this sector and the crucial role they place in long-term care because of population ageing. That said, if these women do lose their only source of employment, the resulting negative impact would be dire not only on their families, but also on the labour sending countries, since remittances have been the life blood of these countries for many years.