“International Day of Zero Tolerance for FGM (ZTD), was celebrated in many ways in Sierra Leone, as activists used the opportunity to bring attention to the lack of a ban on the practice that recently killed two more girls. Long-time activist Rugiatu Turay, one of the ‘Soroptimist Six’ during President Sharon Fisher’s ‘Road to Equality’ President’s Appeal, has previously presented on the challenges faced in her communities, as well as highlighting the progress made during last year’s SI Voices webinars. SI supported her efforts through our partner, Global Media Campaign, who train activists in Africa to reach a wider audience using the media.

In Sierra Leone, part of the events surrounding ZTD, included a presentation for the members of the FGM committee formed at the Sierra Leonean Parliament as part of a two-day workshop.  It was an honour for me to attend, especially given that during my doctoral research in 2008, I interviewed MPs on the silence surrounding this issue in Sierra Leone. The fact that there is an FGM committee and that the Speaker of the Parliament addressed this practice openly, is significant progress made in the past decade,  and SI was at the centre of this progress. For two years we helped fund the radio programmes, and it was fantastic to hear MPs mention that the radio discussion on FGM had an important role in helping to influence attitudes of elders, men, traditional leaders, and especially the women who practice FGM in their constituencies.

Rugiatu’s approach is to uphold Bondo Culture, by keeping traditions, but stopping the cut. Advertising can be seen not only around the capital of Freetown, but also in the provinces, including the villages I visited. Her approach is to replace the locations where girls were cut with schools. To that end, Rugiatu is using the money she received from an international award to build a school in a remote rural area, which I had visited to better understand the challenges of girls who must walk miles on end to carry water, without electricity and no medical clinics or schools.

In addition to her fierce activism to encourage the women cutters, the Soweis, to drop the knife and abandon the cut, whilst maintaining their venerated position in the community, Rugiatu is the founder of Amazonian Initiative Movement (AIM) an organisation that built the only safe house for girls escaping FGM in Sierra Leone. Many Soroptimists have generously contributed to support this project in the past decade. I visited the girls in Lunsar, Port Loko district, to listen to their stories. It was a joy to see the smiles on the faces of the girls who are protected from FGM and to learn about their goals to continue their education.  Rugiatu’s legacy continues. 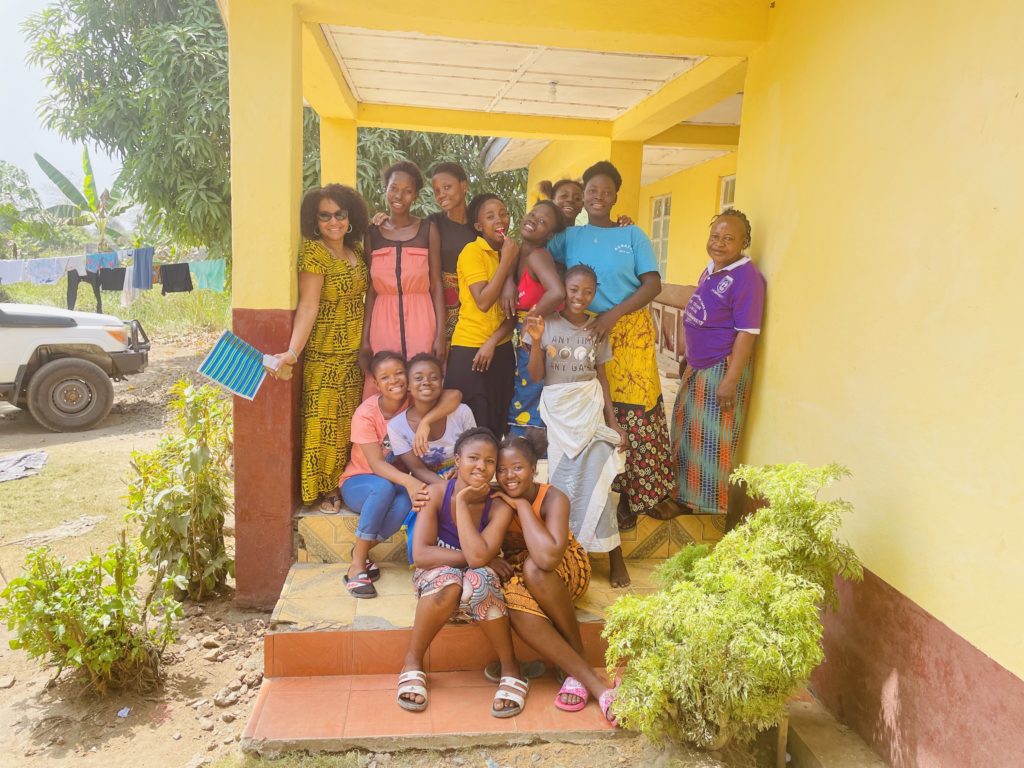 Picture of Nina (left) the girls at the Safe House and their Matron Juliet (right).

The Ban on FGM continues to be a critical step to ending FGM in Sierra Leone, and although there is increased political will influenced by activists and pressure from international organisations, it is the lack of education that most contributes to the perpetuation of FGM.

Radio programmes are critical in helping to shape the opinion of community members. 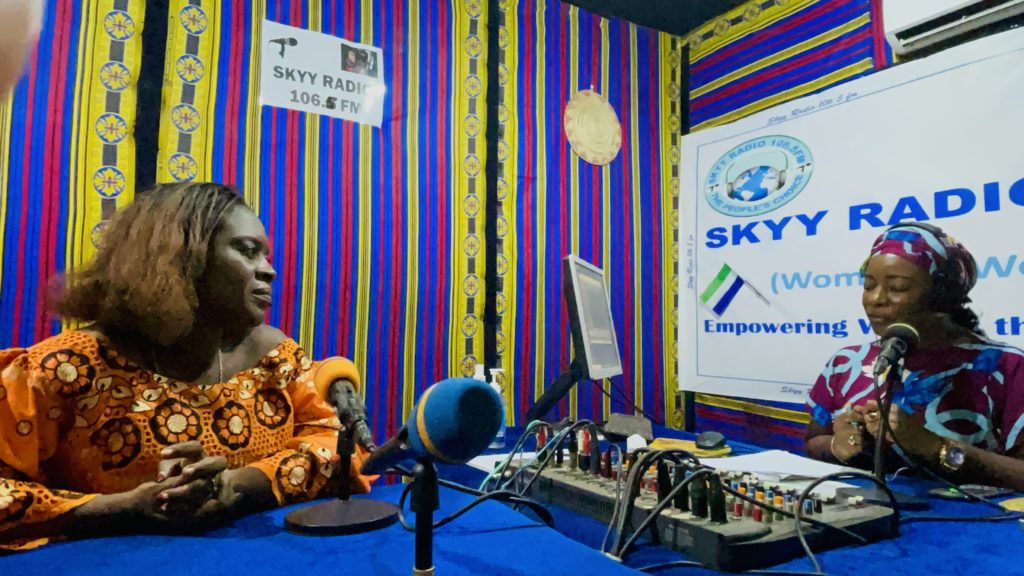 Rugiatu at the local Radio Station.

In the image we see one of our Soroptimist Six speaking boldly to her audience, inviting the cutters to join the conversation, unbowed to her loud opposition. Rugiatu hardly ate that day as she delivered a powerful presentation to the Parliamentarians then a clear message on the radio, all this in honour of ZTD (Zero Tolerance Day).  Together with other organisations that advocate for a total ban on FGM, Rugiatu, a leader in the Forum for Harmful Traditional Practices, does not condemn the Bondo culture but insists on abolishing the cut, with zero tolerance for the age of consent.  She reminds her audience that one of the girls who recently died in Sierra Leone because of excessive bleeding following the cut, was of age.  She insists that there is no chance for age consent to be respected and calls for a ban on the practice. 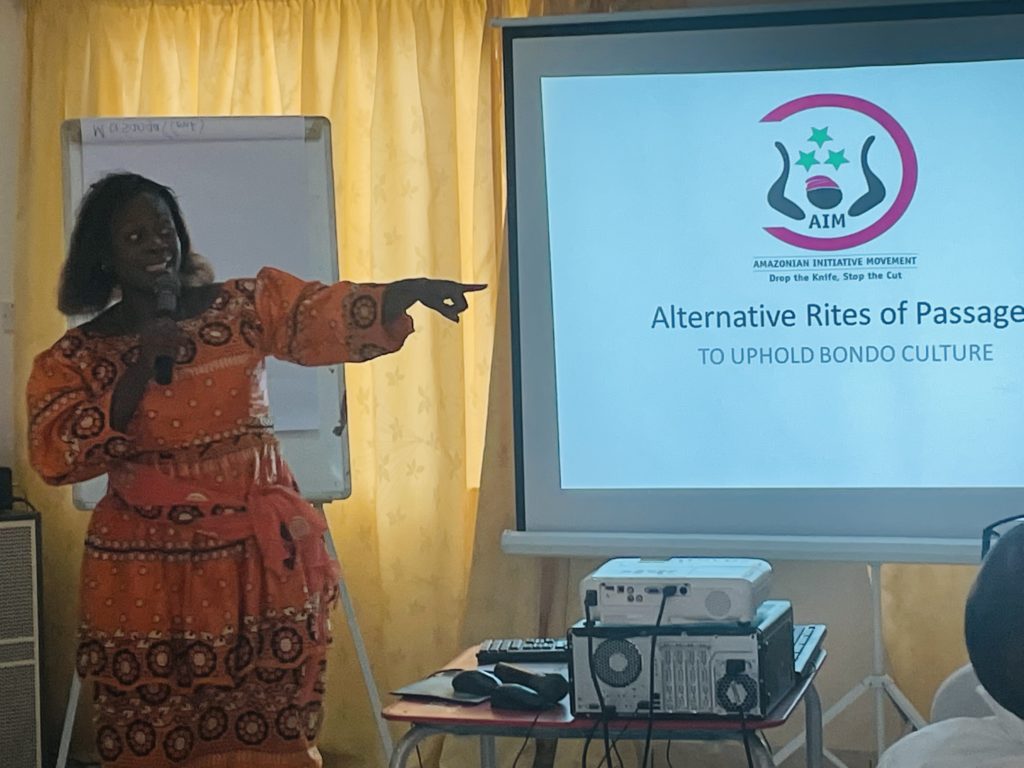 Rugiatu, member of the Soroptimist Six, addressing Members of Parliament.

Rugiatu explains that FGM is different than the Bondo – hence uphold Bondo culture, and end the cut. She insists that FGM is FGM, and Bondo is Bondo, thus encouraging the women to continue to educate the young initiates into womanhood, preserving culture without harmful practices.  She promotes education as her message of hope continues to spread across the country.

Rugiatu’s outreach on Radio engages religious leaders, traditional chiefs, elders, and youth, including all women and men, thus keeping the dialogue open and exposing FGM for what it is – a human rights violation that must end. Rugiatu’s message is powerful and impactful, and her passion remains alive as she is determined to end FGM in Sierra Leone.

Together with our Soroptimist Six we are part of the Solution!”

Listen to the SI Voices Podcast on FGM HERE