A blog by SI UN Representative in New York, Maria Fornella-Oehninger, following her attendance at the 58th Session of UN Commission on Social Development: ‘Affordable Housing and Social Protection systems for all to address homelessness’.

“The United Nations Commission on Social Development has had a very noteworthy 58th session this past week and will conclude tomorrow with a vote. The theme for this year’s session was of great interest, since it is the first time in its 75th year of existence that the United Nations has specifically addressed the issue of homelessness and connected it to low-cost housing and social protections.

The crisis of homelessness affects both developed and developing countries, and cities as well as sub-urban and rural communities. Homeless men, women and children are the most visible face of poverty, of violations of basic human rights and of the failure of social protection systems to safeguard a minimum of human dignity.

The mark of civil society was everywhere in this session of the Commission, from early advocacy on the proposed theme to be adopted and the drafting of a proposal for a resolution, to the collective writing of a civil society declaration and calls on member states to take action to end homelessness in all its forms.

The work of the civil society culminated in a well-attended Forum organised by the UN NGO Committee on Social Development that took place on Friday in the same chamber, where the voices of the true experts, namely, those who are experiencing or have experienced homelessness, were heard by all. This experiential perspective is fundamental in helping us understand and evaluate the relative success of past policies and efforts, as well as their shortcomings, and help us chart future strategies. 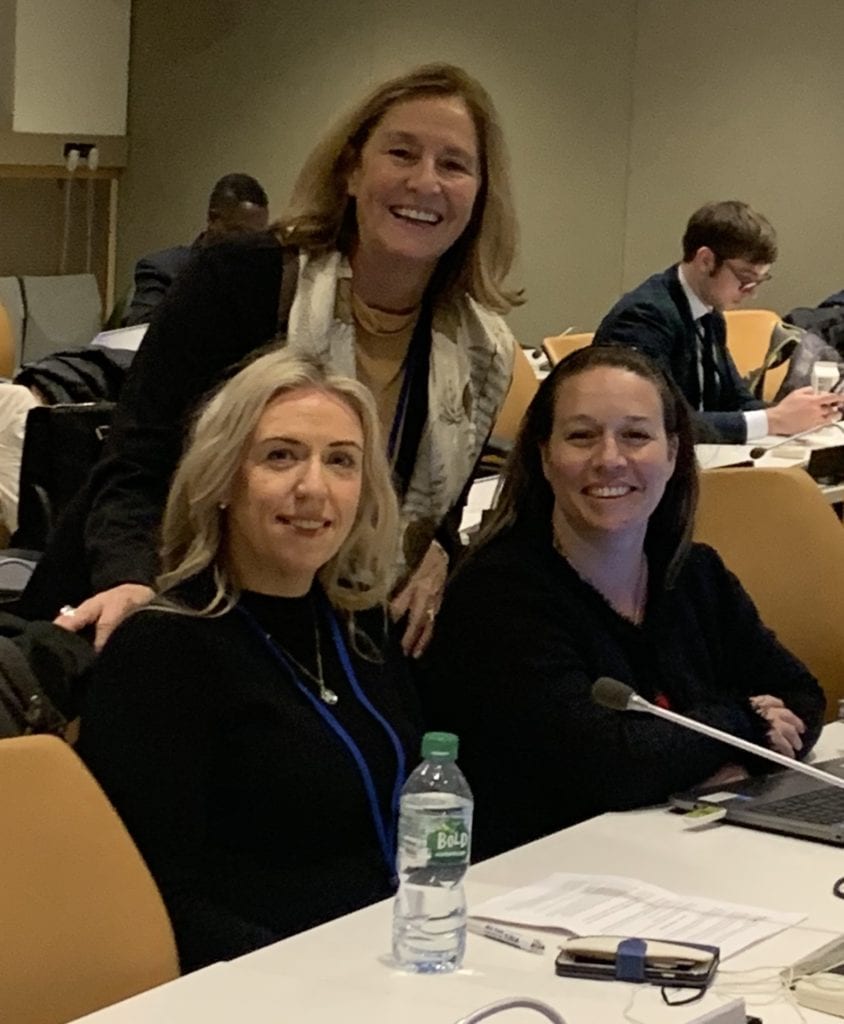 Two women from two different countries (Gwendolyn Cassady from the United States and Liz Madden from Ireland) shared their life histories of neglect and abuse that led them to addictions, unhealthy relationships and, eventually, to homelessness. They then described the processes that helped them recover and overcome those unfortunate circumstances: through a support system of family, community, government agencies and NGOS that helped them find housing and provided them with extended social protections.

A third woman, Alicia Vazquez Silvera from Uruguay, now living in a shelter called “The Collective”, told a redeeming story of self-help, group solidarity and how helping others in even more dire situations has been part of her recovery.

“Through economic empowerment, employment and education… we have been able to find meaning and purpose… returning us back to the human beings we were meant to be.” – Guest Speaker, Liz Madden.

All three agreed that learning to care for oneself is fundamental to healing.”