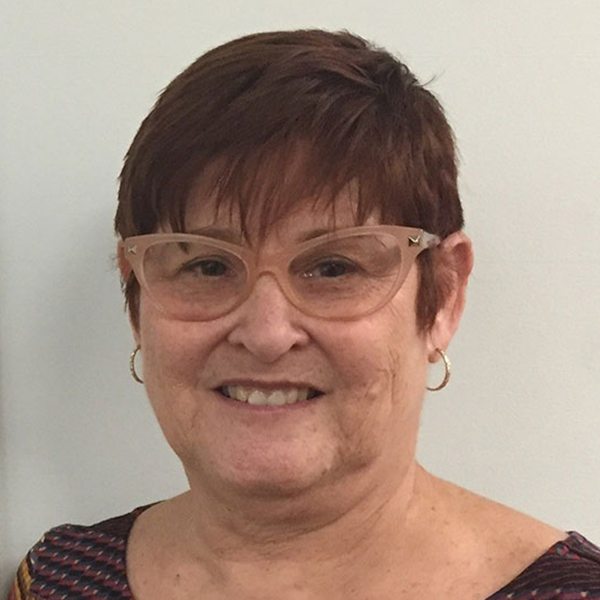 “If you, like me, eagerly followed the postings on Facebook of the many members who attended the 2019 SI Conference, you got to see the reveal of the new SI Presidential Appeal 2019-21 ‘The Road to Equality‘… I was inspired and was quickly able to see the connection to this campaign and the sessions I attended at the HLPF.

My key take-away from the HLPF was about Cultural Visibility vs Political Rights/Laws. We often assume that just because we have laws or rights that people will feel safe and comfortable.

On July 15th, I attended a historic event hosted by UN Women ‘Gender Diversity Beyond Binaries’. For the first time ever in an official UN meeting, there was an open discussion about transgender and other non-binary people. While there were several very important & powerful speakers I was most moved by one speaker and concept. 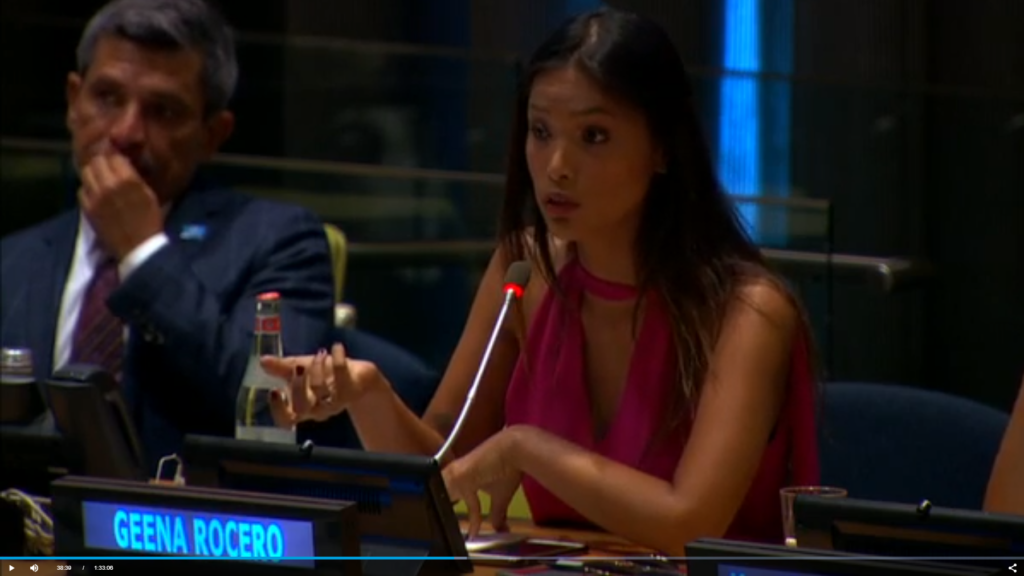 Geena Rocero, speaking on the panel at the ‘Gender Diversity: Beyond Binaries’ event at HLPF 2019.

During this session Geena Rocero, a young transgender woman shared her journey. Growing up in the Philippines under the strict catholic and conservative rule, at age 15, she was able to openly join into the world of transgender beauty pageants … the pageants were well known, well attended and even televised. She had what she called cultural visibility – she had no rights but she felt safe and able to be in the open.

At age 17, she moved to San Francisco, where there were laws to protect her rights BUT there was no cultural visibility so she did not feel safe. She moved to NYC to chase her dream to be a model.  She was hired by one of America’s top modeling agencies and she had a successful career and for 12 years she hid the fact she was transgender. She never openly shared her sexual identity until she publicly came out during a TED talk. Now in her 30’s she is an inspirational speaker and founder of Gender Proud.

While personally, I am extremely supportive of the SOGI community, I know that some of you might not be but please read on because my take away is much more generic.

Geena forced me to look at the concept of cultural visibility and to really explore what that means not just for transgender people but with a more global or broader approach to all marginalized communities. To consider the impact and consequences of what it means to have cultural visibility as opposed to just having human rights/laws.  How safe do marginalised communities feel every day even with laws or human rights treaties. Daily do they live a hidden secret life, the way Geena did for 12 years? Or can they feel safe revealing their immigrant status, their ethnic, religious or cultural identities, that they are a sex worker or have been trafficked, have drug or alcohol problems and even in some cases their age.

One concrete example, from my own professional career is the work I did with children & families with mental illness. While here in New York state we have very strong laws and rights to protect those affected by mental illness, we have not been able to overcome the stigma associated with it. In spite of these laws, the stigma is still stronger and people fear they could lose their jobs or friends, that they will not be able to live in their local communities safely. Therefore, they keep this as a secret, children are warned by their parents not to talk about it outside of the home so there is very limited cultural visibility. So as with Geena they are not free to be themselves.

Putting Geena’s message into this context, we as Soroptimists can certainly help to increase the cultural visibility of those most frequently left behind”.