“As part of the CSW61 NGO Consultation Day organised by the NGO Committee on the Status of Women, NY (NGO CSW/NY) on 12 March 2017, attendees broke out for discussions into five groups. Soroptimist International President Yvonne Simpson and Soroptimist International President-Elect and President of the Women for Water Partnership, Mariet Verhoef-Cohen, presented at Mitigating Heightened Instabilities: How Climate, Conflict and Migration Impact Work. 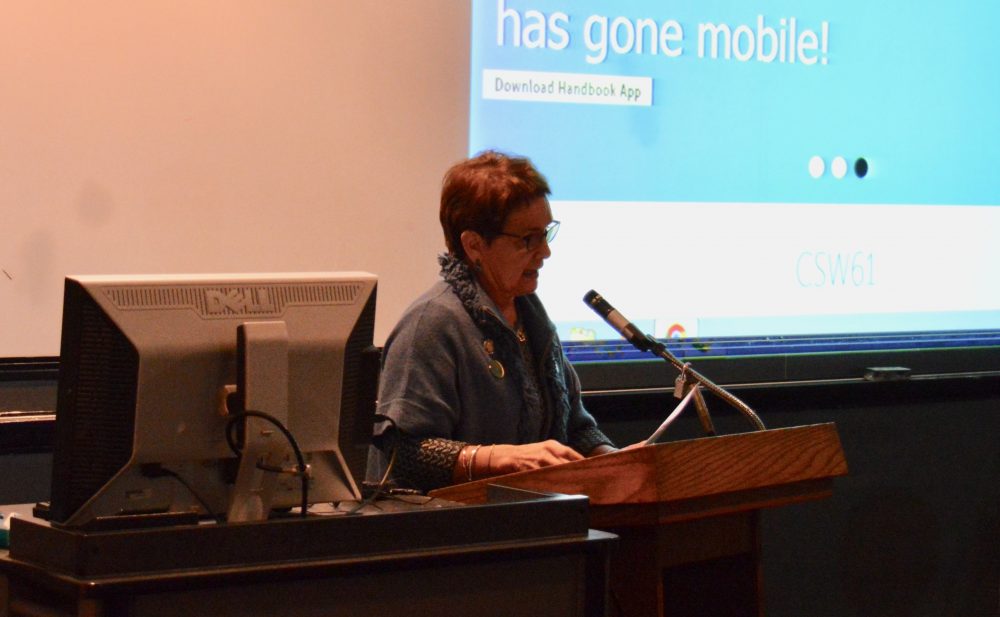 Mariet Verhoef-Cohen spoke about the evolving issue of water migration; as global climate change, environmental degradation and mismanagement, and conflict threaten the quality and availability of water in the world, more and more people are being forced from their land. When potable water is not readily available, people may ‘commute’ to the nearest fresh lake. Over time this can reach a tipping point, which may resort to longer distances and more permanent migration.

Several UN Resolutions and International Laws cite access to water as a basic human right and one that cannot be used as a political weapon. Lack of water is directly responsible for reduced livelihoods and dignity for both displaced and host populations. For countries which ‘receive’ migrants, increased water demand results in increased sewage generation, and if left untreated, can result in the pollution of more water sources, thereby depriving more people of an increasingly scarce resource. 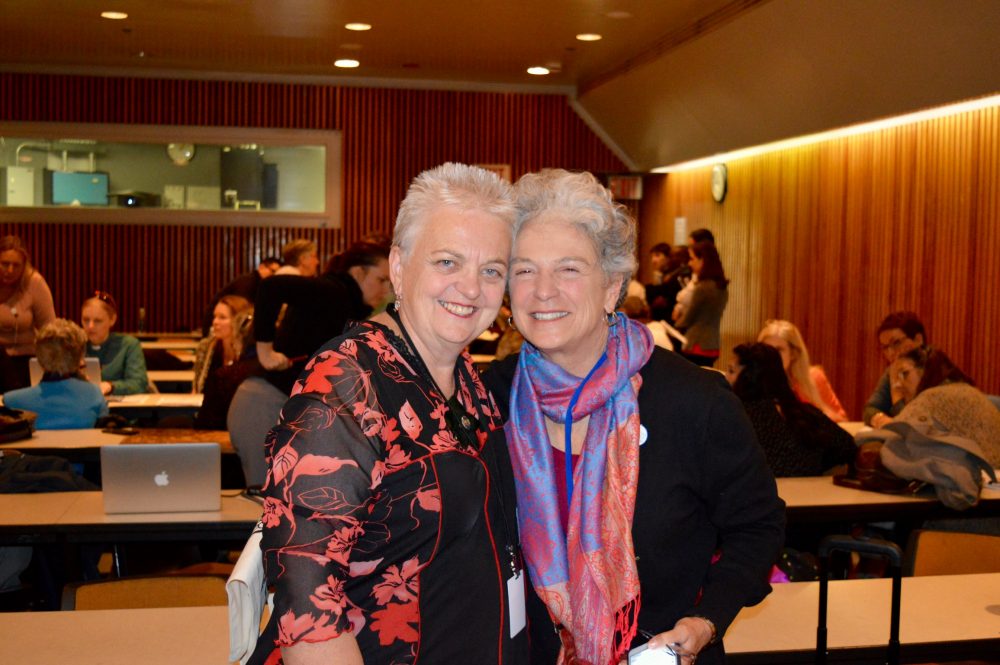 Kelly Yzique-Zea, Peacebuilding Policy Specialist, Global Network of Women Peacebuilding (GNWP), shared case studies from Colombia and the Philippines during the break-out session. In Colombia, as part of the peace negotiations with the Revolutionary Armed Forces of Colombia (FARC), women advocated for support to women farmers, including the right to own land (especially rural women), as this would enable them access to economic and political spaces, spaces usually reserved for men or women of higher socioeconomic statuses. Whilst Colombia’s new peace agreement focuses on land repatriation and proposes changes in the rural areas of the country, it does not go far enough. Kelly suggested that in order to ensure that women have access to land, they must be prioritised as heads of households (as many survivors are left to take care of the home during the conflict); allow flexibility in the context of land tenure; forgive debt and provide women with economic assistance.

In the Philippines, women’s organisations successfully lobbied the peace negotiators
for the government and from the Moro Islamic Liberation Front, to include a provision that guarantees that part of the income derived from natural resources in the island of Mindanao will be dedicated to gender and development programmes.

Economic uncertainty for women during conflict and post-conflict is not solely applicable to the case of Colombia and the Philippines, but worldwide. Kelly underlined that women need to be incorporated into the workforce in post-conflict settings as agents of change, be involved in all levels of decision-making and be present at the table during discussions with donors and policymakers.

Eva Richter, Poverty Education and community Education (PEACE) Foundation and NGO Committee on Migration, was unable to attend, so Soroptimist International President, Yvonne Simpson, read out her statement. She spoke of how even though women migrants form a vulnerable population, we must, however, avoid regarding women as victims, and whilst acknowledging their vulnerability, we must find ways to empower women through careful restructuring to produce gender equality. It is known that women far more than men, send home money in the form of remittances, however this money is often not invested in the most advantageous way. This highlights the need for financial literacy and access to financial markets to manage this money for women.

Following the three speakers, the audience broke into a number of groups to discuss what actions governments could take to mitigate the effect of climate change. There was some very interesting suggestions:

Need to collect standardised data of both men and women and fully understand the reason behind their migration”.