SI UN Representative in Paris, Marie-Christine Gries, blogs about the rise of Domestic Violence during the COVID-19 pandemic.

“On 5 April 2020, Antonio Guterres, UN Secretary General, made a global appeal to UN Member States to recognise that “violence is not confined to battlefields“, as he called for the protection of women and girls from domestic violence during this confinement period. He reiterated this message in his speech on 9 April whilst addressing the desperate need to prioritise gender equality in all efforts to combat, and recover from, the effects of COVID-19.

Women are more exposed to the damage caused by crises, and we have a glaring demonstration of this with the current pandemic. The most dramatic of the markers of gender inequality can be seen in domestic and family violence. It seems likely that the final death toll of the COVID-19 crisis could be increased by the violent deaths of hundreds or even thousands of women worldwide.

“Together, we can and must prevent violence everywhere, from war zones to people’s homes, as we work to beat COVID-19”.  António Guterres, UN Secretary-General

Remembering that prior to this pandemic, records show that one in three women experiences violence during their lifetime. Currently, confinement is exacerbating manifestations of domestic violence. In France, from the first week of confinement, the number of interventions for domestic violence by police or gendarmerie offices jumped by 32% and even by 36% in Paris (figures communicated by the Minister of the Interior). |This is just one example, similar findings are made in Europe and in all regions of the world. This violence against women does not always spare children who are often witnesses, sometimes also assaulted. In the present situation, it is obvious that the efforts of mothers to minimise or conceal the violence of fathers will be in vain. Psychological impact on children is collateral damage that will be paid later.

Overcrowded housing, sometimes without the minimum of living comfort (drinking water, sanitary facilities), a loss of the usual household routines, difficulties concentrating while working from home, idleness of children, difficulties in home-schooling children, adults reduced to unemployment with a worrying financial impact, increase in general stress and anxiety due to health concerns… these are a few examples of the multiple causes of increased household violence. 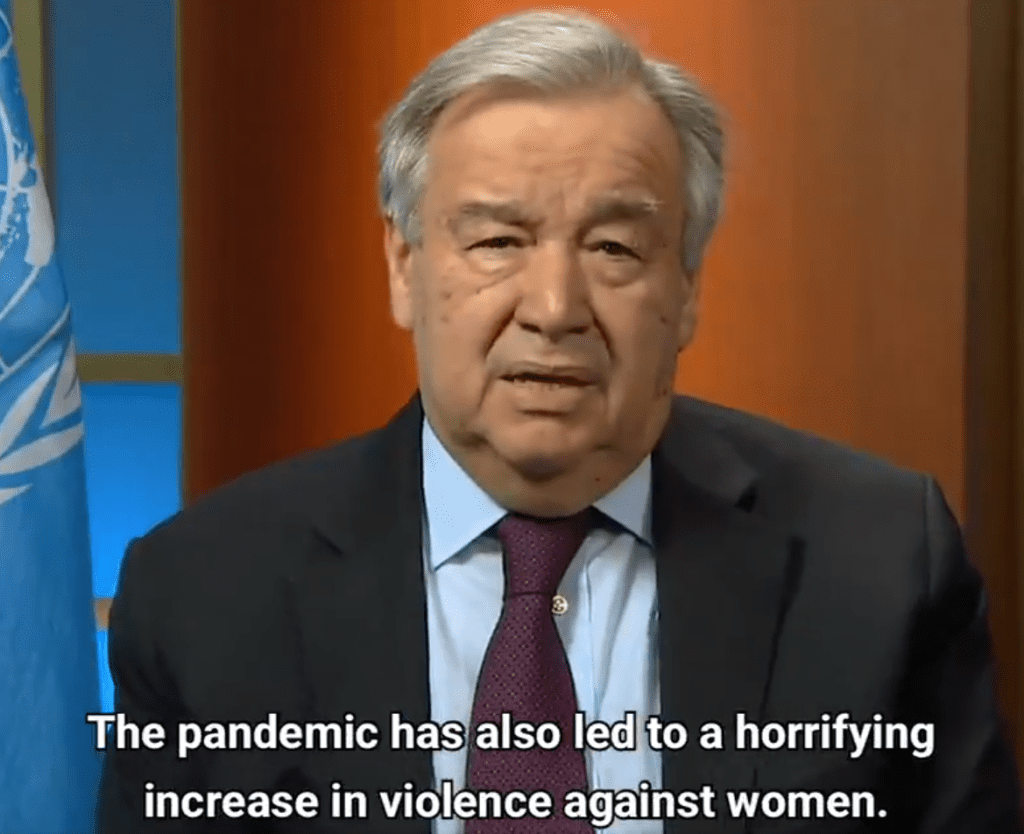 The UN has responded by producing the following ‘Domestic Violence Reduction Recommendations’ for Member States to implement:

Many governments are following these recommendations and putting in place mechanisms to enable women to report attacks against them: in France, emergency telephone numbers are maintained and new contact numbers are opened, a pharmacy can be contacted to report the attack, and even temporary reception points can be opened near shops open for basic needs, such as supermarkets. However, it is obvious that calling a special number while the victim is confined with the abuser can be a difficult and even dangerous exercise. To go to the pharmacy, you need to have a motive that does not arouse the distrust of the spouse. As for going to the reception points while going shopping, it is a public display of one’s situation, while most women victims of violence are in a grip, experience feelings of shame and hide their misfortune even from their close entourage.

A preventive device is welcome: a call number to psychologically help violent men is in place in France. An interview with a clinician can help some people cope with the tensions they are experiencing and avoid taking action. Nevertheless, this approach already requires that the aggressor be aware of their abuses and possess the will to correct their behaviour.

The most effective measure for the safety of female victims, at least those with children, is the placement of the aggressor outside the home of his family in preference to the rehousing of the mother with her children, however, adequate facilities are needed. Meanwhile, shelters for women, where they exist, are often overcrowded and not always able to provide full accommodation. 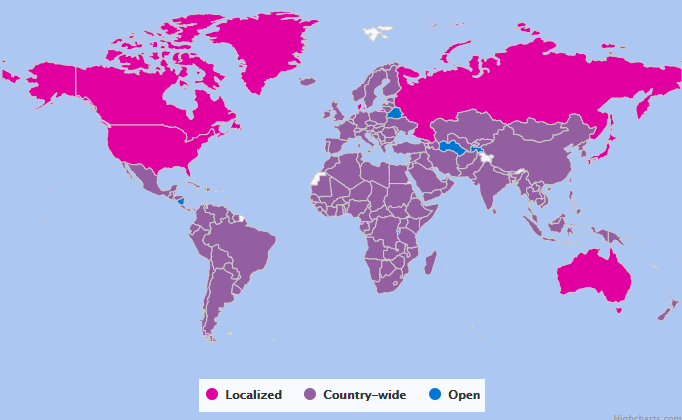 The safety of girls is also at risk in this epidemic crisis. Post-Ebola studies in Sierra Leone revealed that not only are girls penalised by the closure of schools, but, unlike boys, the risk of never returning to school is high. The figures that have been published are clear: during the Ebola crisis, teenage pregnancies increased by up to 65% in some communities. In families plunged into destitution by the Ebola epidemic, an increase in early marriages and prostitution of girls have also been formally recorded.

To support the continuation of education for girls around the world, let’s join UNESCO’s Global Coalition for Education against COVID-19. The Coalition aims to:

We risk in these days not only a sharp economic recession, but also an exhaustion of the movement launched to achieve gender equality, and even a terrifying retreat of the rights of women and girls in the world. Let us mobilise our women’s Non-Governmental Organisations to disseminate information for the protection of women at risk, let us spread information about the existence of the measures in place to protect women and girls. Let us make ourselves knowledgeable and approachable to those who may need to seek advice. If you have any fears about the fate of someone close, neighbours or friends, call them as a sign of friendship and maybe you will collect a distress signal that you can wisely convey.”