“On 3 May 2018, I attended a keynote address and panel discussion entitled ‘Leadership in Human Rights, Diversity, and Inclusion’ in the Academiegebouw, one of the beautiful old buildings of Utrecht University.

This year, on 10 December to be precise, it will be 70 years since the Universal Declaration of Human Rights (UDHR) was adopted by the United Nations General Assembly, which will be celebrated in many ways and places. This was a wonderful afternoon of storytelling and of reflection on human rights, with an emphasis on leadership in human rights. 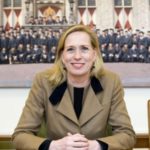 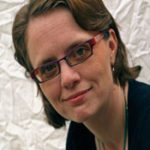 The afternoon started with a keynote address by Dr. Anya Luscombe, Associate Professor of Media at University College Roosevelt.  She spoke with great passion and humour of the life and work of one of the greatest leaders in human rights, Eleanor Roosevelt, whom she lovingly called ER. Her presentation was so interesting and inspiring that I encourage you to read it. You can download it here. She also keeps a blog on ER that you can follow here. 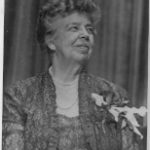 ER was the first woman to receive an honorary doctorate at Utrecht University on 20 April 1948, in the very same building where we listened to her story. ER’s extraordinary leadership qualities helped ensure that the UDHR was adopted on 10 December 1948 with no votes against and few abstentions. She was able to set direction and get others to cooperate, always well prepared, committed and a good listener. She had a deep belief in human dignity and believed that human dignity rather than freedom should be centre in the discussion on human rights. She fought for the rights of women, minorities, and the dispossessed. She campaigned for women’s participation in the workforce and proved it possible for a woman to have an independent career with a net monthly salary of $3,000 as a broadcaster in the 1930’s! When she became First Lady, her husband Franklin D. Roosevelt took up the presidency of the United States in 1933, decided that all press conferences with the First Lady were to be all-women occasions so that every newspaper and broadcasting company had to have at least one woman on the workforce if they wanted to cover the First Lady.
“What,” wondered Dr. Luscombe, “would ER have thought of the situation today, 70 years after the adoption of the UDHR, with the pay gap for women still at 20%, political representation of women and minorities nowhere near equal to their presence in society, 10 million stateless people and 20 people being forcibly displaced every minute in this world and rich countries building walls both physical and rhetorical?”. ER claimed that the battle for human rights can only be won if fought ‘with a crusading spirit and a maturity that comes from the love of other human beings’. 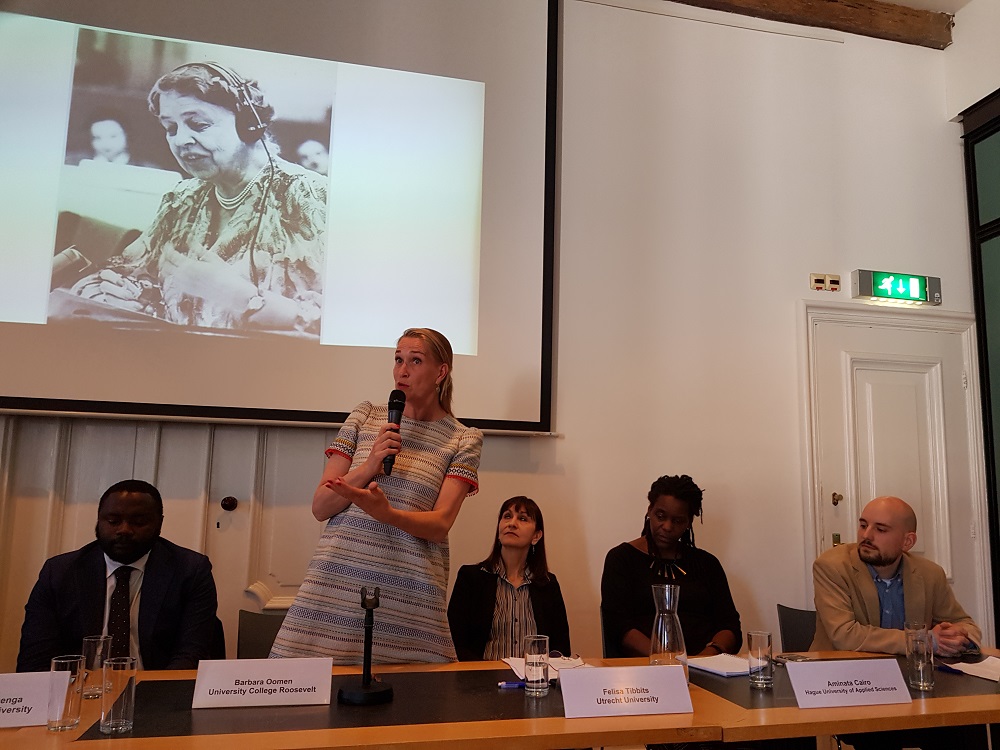 Photo: The panel with a photo of ER on the screen

The panel members each introduced themselves, explained their connection with human rights what they deemed necessary to move toward a world in which human rights were a given for all. 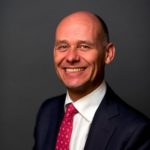 Human Rights Ambassador for the Dutch Ministry of Foreign Affairs, Kees van Baar, stressed the various levels at which leadership in human rights should be developed. He spoke of responsible business conduct; businesses have the responsibility to adopt human rights in their values. He stressed individual or personal leadership: each and every one of us has a responsibility towards all of our fellow human beings. We can make choices in the products we buy and the things we invest in to protect the human rights of others. And at the state level, he stressed that signing agreements or adopting treaties is not enough. National laws must subsequently be changed and these laws must be enforced! 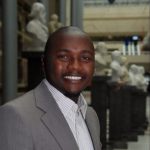 Panelist Mpanzu Bamenga, Board member of the political party D66 and Policy Officer Diversity and Inclusivity Leiden University, connected to the words of Ambassador van Baar, by stating “Leadership starts with responsibility.” He recounted of his meeting with Eleanor Roosevelt’s granddaughter,
He shared with us his very personal experience with human rights violations. For no less than 13 years, from the age of 8, having fled the DRC with his family, he was an illegal immigrant in the Netherlands, and from the age of 18 that left him with no right to education, to work, to get insurance, to move freely. Had it not been for the individuals that took responsibility for his human rights, by teaching him, helping to remove obstacles or, as was the case of the minister that had ordained he must leave the country, by listening to him and making an exception, he would not have been here today. “Human rights”, he said, “is about listening, about accepting differences and not going for 100% agreement, but knowing that 70% is enough.” 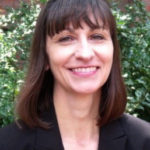 Professor Felisa Tibbitts, Chair in Human Rights Education (HRE), Utrecht University, the ‘Soroptimist Professor’, shared with us that even the UDHR, all those years ago, recognized the importance of education for promoting respect for and understanding of human rights. In December 2011, the UN General Assembly adopted the United Nations Declaration on Human Rights Education and Training (HRET), which defines HRE as (a) Education about human rights; (b) Education through human rights; and (c) Education for human rights.
She stressed that leadership in HRE is forthcoming from many actors at different levels and that civil society plays an important role in the advancement of human rights education. She also applauded the Dutch Ministry of Education for their efforts to include HRE in education at all levels. The HRE Platform is a coalition of numerous civil society actors and academics that have lobbied the Ministry of Education for many years to place a greater emphasis on human rights education. Recently this platform developed an HRE Toolbox, a whole school approach to human rights education. And Professor Tibbitts also mentioned the Soroptimists who funded the endowed Chair in HRE at Utrecht University and show a keen interest in HRE. Dr. Aminata Cairo, a lector in the field of Inclusive Education at the Hague University of Applied Sciences, is a very charismatic and inspiring speaker. She does away with all the fancy, academic words and explains human rights issues in language that anyone can understand. After all, everyone needs to understand for us to achieve anything. “Human rights is equal to being human. Inequality is there and my job is to address that at the educational as well as the institutional level.” The problem is, she explains, that we do research and talk and write about human rights but then we just go back to doing what we always did because we have our patterns and they are hard to change. Only by making people feel uncomfortable will we bring about change and help advance human rights. “We have to have these difficult conversations. We have to help each other understand that hey, sometimes you will feel uncomfortable, but I got your back. And we have to make sure that in education, regardless of where you come from, we are going to give you an education to get the best out of you.” 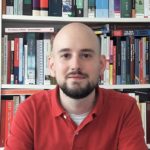 The last panelist, dr. Moritz Baumgärtel, Assistant Professor at University College Roosevelt, having studied philosophy (and law) took a different approach, even if he also concluded that leadership in human rights means to ask uncomfortable questions. Questions about the human rights movement itself. There are two major streams of criticism. The first considers that the current approach to human rights does not go far enough and needs to scale up. Whereas the second considers that it is too abstract, detached from what is actually happening. That a human rights approach based on trust, tolerance, resilience and forgiveness would be more realistic and therefore more achievable. In other words, that the concept of human right needs to scale down.

The audience had the opportunity to ask several questions. Soroptimist Rosemarie Merz’s question how individuals can make human rights a part of their daily life, Aminata responded with the short and powerful “Just do it”. And so I do and shall, and so should we all!”

Lead photo: from the UN archives