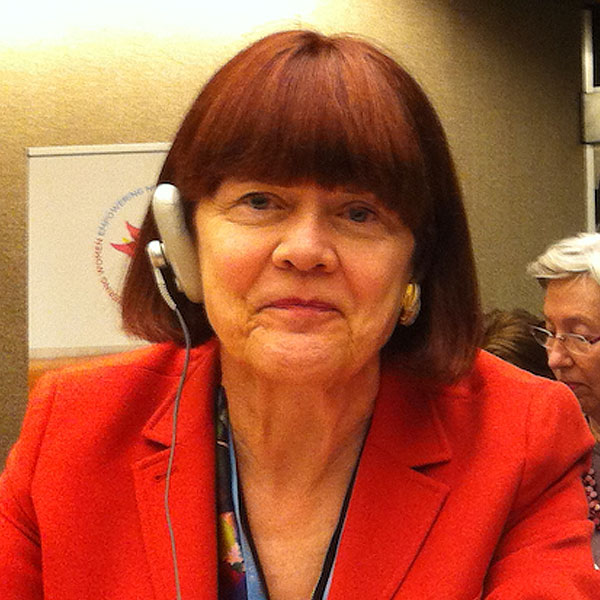 “During the opening days of the High Level Political Forum, the UN referred to a 2018 report entitled SDG Progress Fragility, Crisis and Leaving No One Behind [1] in which it was observed that a majority of the world was in a crisis. It was acknowledged  Greenhouse gases (GHGs) are already at levels that the Intergovernmental Panel on Climate Change (IPCC) considers too high for the world to effectively address climate change. To make matters worse, it was also observed that, while fragile and conflict-affected states (FCAS)showed levels of GHG emissions which were three times lower than those in non-fragile settings, it would be the people in FCAS that were likely to bear the brunt of climate change – including extreme floods and droughts, and the resultant effects on food security.[2] In addition, given that GHG emissions are due to increase only negligibly by 2030 in the fragile or conflict-afflicted states, the responsibility for any reduction of GHG emissions had to be assumed by the rest of the world which, so far, was not doing such a good job in addressing this challenge.

There is a need to seriously consider internal displacement as also “being a response to climate change – both extreme and slow-onset changes”. To address this challenge, States would require “better financial planning”  “to divert funds from adaptation to addressing a migration crisis.”  [3]The report also considers what the result would be if States and businesses continued to adopt a “business as usual” model. It began by acknowledging that, when the States signed the Sustainable Development Goals (SDGs), they pledged to reach and deliver progress for those who are furthest behind first. This commitment to ‘leave no one behind’ was viewed as being at the heart of the SDGs as not only was it morally unacceptable to keep vast swathes of people structurally locked out of progress but delivering on it was a prerequisite for achieving Agenda 2030. However, to continue on with the business as usual model would mean that groups such as those caught in crisis, living in conflict or displaced within their own counties or across borders would continue to fall through the cracks of different authorities’ responsibilities or would continue to be explicitly excluded by governments in their national and sectoral plans (IRC, 2018a). Without the concerted efforts of the international community to address the needs of people caught in crisis and to measure the impact of this support, we would not achieve the SDGs for all, and the gap between this marginalised group and the rest of the world would only grow bigger.[4]

But did the statistics support this conclusion? Indeed they did. Key findings within this report showed that, as of 2018, limited progress had been made against the SDG targets. On average, only 35% of low- and middle-income countries (LICs and MICs) were ‘on track’ to meet selected SDG targets (those relating to meeting basic needs). Just 18% of fragile states were ‘on track’. This meant that  82% were either off track or lack the data for an assessment of progress.

Across the goal areas, on current trend, they also forecasted unmet basic needs in 2030 to be increasingly concentrated in fragile states and estimated that FCAS would be home to nearly one-third of the population of LICs and MICs in 2030 but would house disproportionate shares of people lacking electricity (96%) as well as people who are extremely poor (85%). Moreover, in FCAS, facing certain key deprivations would rise significantly –e.g. the number of undernourished people would rise by 84.5 million, the number lacking improved sanitation by 45 million, and the number living in slums by at least 106 million. This means that, as of 2030, a larger number of people in crisis, most of whom live in fragile states, were likely to face these unmet basic needs.[5]

The report also dealt with the effects of the current model on individual SDG’s: [6]

People in crisis were seen to be a particularly vulnerable group and as such would be more likely to fall into (extreme) poverty. (SDG 1.1, SDG 1.2)

People in crisis were a particularly vulnerable group. They might suffer from hunger and malnutrition and not be reached by assistance programmes aimed at improving nutrition. (SDG 2.1, SDG 2.2)

Eligibility for health access is often tied to citizenship / residency status. The result? Only some countries might open up (emergency) health care to all, regardless of status. (SDG 3.8)

People living in conflict-affected areas in particular would have limited access to health services, with health facilities destroyed, and lacking supplies and staff. (SDG 3.8)

Giving refugees access to health services could lead to improved health outcomes for the host population too (for instance, vaccinating refugee children). (SDG 3.3)

Failure to meet the water, sanitation and hygiene (WASH) needs of people in crisis could contribute to public health problems, particularly when large numbers of people are concentrated in temporary, informal or dilapidated areas. (SDG 3.3, SDG 6.3, SDG 11.1)

People in crisis were likely to have higher mortality and morbidity and mental health outcomes, particularly those in conflict-affected areas and refugees making risky journeys. (SDG 3.1, SDG 3.2, SDG 3.3, SDG 3.4)

While it was acknowledged that access to education plays an important role in social integration, economic mobility and learning outcomes for children in crisis,  (SDG 4.1, SDG 4.2, SDG 4.5, SDG 10.2) eligibility for education could be tied to citizenship/ residency status, which would mean that refugee/ IDP children could be prevented from accessing education. In some cases, refugees might also be offered segregated education services, which may be of lower quality. (SDG 4.1, SDG 4.2)

In conflict-affected areas, education facilities may be destroyed or regular attendance can be hindered by fighting. (SDG 4.1, SDG 4.2)

Women and girls in crisis could experience violence at all stages of the displacement process, especially during transit (e.g. at refugee camps) or at their destination (e.g. by an employer). (SDG 5.2)

Girls living in crisis could be more at risk of harmful practices, such as female genital mutilation and child, early and forced marriage, which may be a coping strategy of families trying to make ends meet (SDG 5.3)

Poor facilities and service provision in host-countries could mean a heavy burden to women in particular and raise demands for caring for children in absence of schooling/other facilities. (SDG 5.4)

One change which might be evidence of progress for women and girls acknowledged that, for refugee women and girls, displacement and subsequent evolution of social norms could  be an opportunity to engage in paid work, where previously not possible. (SDG 5.5) However, other reports have observed that displacement might further constrain women or girls from opportunities to engage in cultural, social, economic or political development based on a stricter adherence to negative cultural, social or religious norms.

People in crisis could face significant barriers in accessing WASH services, particularly when they are in conflict affected areas, transit or undocumented. (SDG 6.1, SDG 6.2)

Where people in crisis were not served with safely managed sanitation, open defecation, untreated wastewater discharge, and unsafe disposal of faecal sludge can contribute to pollution of surface and groundwaters, and impact on health and spread of diseases. (SDG 6.3, SDG 3.4, SDG 3.9)

Large and abrupt flows of refugees or IDPs, can pose specific problems to the coping capacity of service providers, particularly in places where challenges in water governance already exist. (SDG 6.4)

People in crisis were likely to have a lower level of energy access because of displacement, though refugees might also have improved access depending on the destination country. Access to energy was also seen as a challenge when in transit. (SDG 7.1)

Furthermore, people in crisis might only be able to access less energy-efficient, costly, unsafe and less-green energy sources (e.g. kerosene, generators), which could also affect their health. (SDG 7.2, SDG 3.9)

While it was observed that policies targeted at creating livelihood opportunities for refugees can also lead to more jobs and economic development in host communities, (SDG 8.2, SDG 8.3) refugees, IDPs or people in conflict-affected areas mostly did not have access decent work (often only able to work in the informal economy), and could experience a process of de-skilling through their participation in mis-matched, low skilled employment. They are also disproportionately affected by violations of employment rights. (SDG 8.5, SDG 8.8)

The vulnerabilities experienced by people in crisis made them more prone to experiencing forced labour, slavery or trafficking. (SDG 8.7)

Refugee women often had fewer livelihood opportunities than the host population and were more vulnerable to exploitation, violence and abuse. (SDG 8.7; SDG 8.8, SDG 5.2)

While it was observed that refugee inflows may lead to greater diversity in host countries, and that this can foster innovation. (SDG 9.5) people in crisis (including those on the move) might lack access to information and communications technology due to a destruction of infrastructure, irregular legal status or lack of assets. (SDG 9.C)

Many refugees do not have access to education or other social benefits as people in crisis are more likely to lack documents proving legal identity, with children born in situations of crisis often not being officially registered. Removing legal barriers to accessing education – particularly for the children of refugee children – would boost enrollment rates, as would ensuring that all people have a legal identity and the necessary paperwork to allow them to enroll in school. (SDG 10.3)

Many refugee children are not able to speak the majority language in their new location and as such are automatically excluded from pursuing all sorts of economic, social cultural or political aspects of development. Education could improve the social, economic and political inclusion of refugee children, particularly if they are better educated regarding their host country and able to speak the majority language. (SDG 10.2)

People in crisis often don’t have access to adequate, safe and affordable housing and basic services, and are more likely to live in informal and unsafe areas. (SDG 11.1)

Refugees and displaced people were at greater risk of violence, trafficking and exploitation. Refugee girls were more likely to be trafficked or experience sexual exploitation than boys. (SDG 16.2)

Refugees and IDPs might struggle to be accorded equal treatment within the justice system, or might be unable to access legal aid, while for people living in conflict-affected areas there might be limited adherence to the rule of law. (SDG 16.3).

Refugees and IDPs might be barred from political participation as non-citizens / non-residents. (SDG 16.7).

People in crisis were more likely to lack documents proving legal identity, with children born in situations of crisis often not being officially registered. (SDG 16.9)

Data on people in crisis is very limited. Improving the evidence base was fundamental in order to better understand their needs. (SDG 17.8)

There are no international standardized approaches for monitoring variables relating to people in crisis. Development of data collection, monitoring and surveillance mechanisms was needed to understand their needs and develop appropriate programming. (SDG 17.18)”

[2] SDG Progress: Fragility, Crisis and Leaving No One Behind  pages 8-9 September 2018 SDG progress