“The theme this year was ‘Empowering people and ensuring inclusiveness and equality’ and the goals reviewed were as follows:

OUR PERSONAL AND COLLECTIVE IMPRESSIONS

Overall the lack of political will and ambition was very evident this year… for those of us who were involved in the open working groups and the post 2015 negotiations each year we feel a little less expectation that the SDGs will be achieved by 2030. There was visibly a lack of energy, inspiration and political will.

Perhaps it was more noticeable this year because of the two HLPF sessions, the July ECOSOC session, and the SDG Summit in September under the auspices of the General Assembly (GA). Or maybe it’s the anticipation that in 2020 there will be a full review and evaluation of the entire HLPF process that took the wind out of its sails this July.

Usually, there is some dramatic tension around the negotiating of the Ministerial Declaration. In reality, most of the negotiations are completed before the actual meeting but they reach a conclusion during the HLS, so those attending have some sense of being engaged. However, this year there is no Ministerial Declaration as an outcome of the July HLPF instead there is a Political Declaration that will be ratified during the GA HLPF. And again, this has already been drafted and negotiated prior to the ECOSOC HLPF session.

Within UN circles, the Voluntary National Reviews (VNRs) and the general debate (not an actual debate) are called beauty pageants, or, in a kindlier fashion, travel logs … (governments create very glossy videos).

This year, on a positive note, there were more Ministers attending the HLS than ever before, 47countries gave VNR reports including 7 for the second time. There were 2000 registered participants. Several countries had NGO representatives, especially youth in their official delegations and relinquished the floor to those delegates when called to speak. Also, this year SI produced a Para 89 report on goal 4. To date, there have been 142 VNRs and all 17 goals have been reviewed (see chart below). 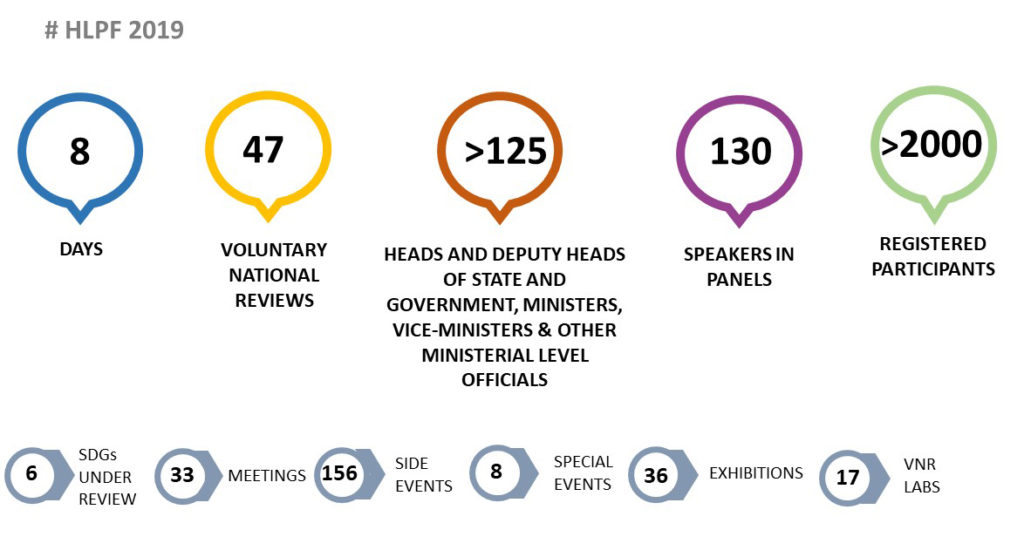 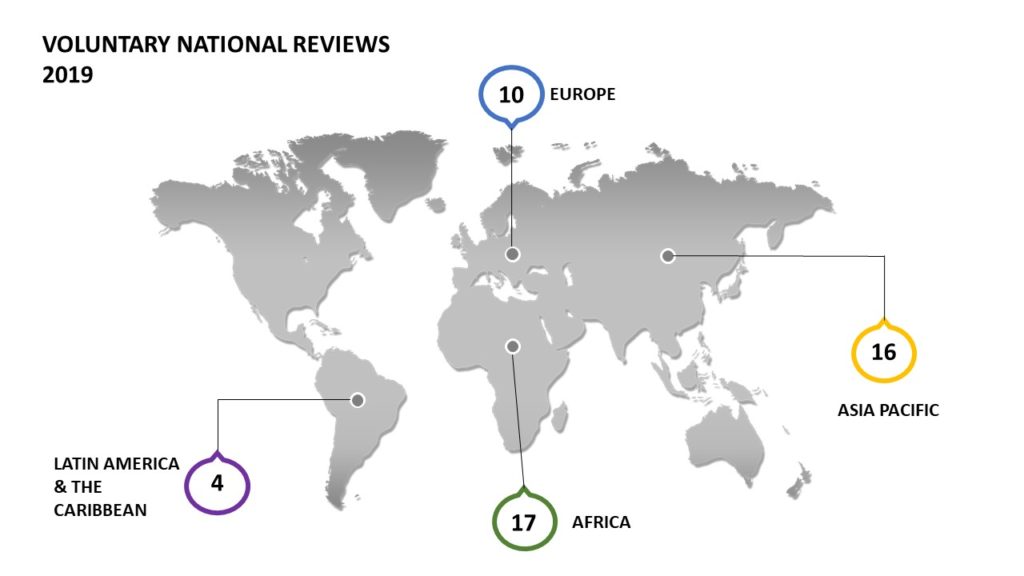 Governments were more aggressive and at times even threatening towards the spotlight reports given by NGOs and some governments tried to influence the process by planting government run NGOs (GNGOs) on panels or during the VNR ”question and answer” section.

On the civil society side, there were many first timers who didn’t quite understand the collective/collaborative process or how the major groups and the Major Groups and other Stakeholders (MGoS) coordinating mechanism operates. This problem was exacerbated by the fact that on many occasions the speaking slots were narrowed down to one person speaking for 1 or 2 minutes while representing and expressing the position of multiple MGoS.

SI was well represented in the MGoS process with SI UN Representative, Frances Zainoeddin as liaison for the Stakeholders Group on Ageing and a member of the Steering Group of the MGoS Coordinating Mechanism. Claire Gilman, Youth delegate, represented SI at the NGO major group where she served as an intern and Bette Levy, Main UN Rep remains an active member of Women’s Major group,

The Women’s Major Group (WMG) was well organised and always ready with statements for most panels and sessions and when time allowed, they were frequently called upon. Once again, WMG had a very successful daily colour campaign and photos were in the UN press reports.

This year, the LGBTQI community left the WMG to formally become an official “other relevant Stakeholder Group”.

“It is no secret that civil society, as well as a number of Member States, are generally not satisfied with what the High-Level Political Forum (HLPF) has delivered in terms of political leadership, guidance, and recommendations. There are no concrete recommendations for the interconnectedness of the SDGs or about urgent global issues like hunger, illicit financial flows, taxation reform, corruption, etc. While much is happening at the national levels – and there is a lot showcased about national achievements by way of the Voluntary National Reviews – there is little feedback from the HLPF in terms of concrete recommendations or direction.

A review of the status of the HLPF is necessary. Fortunately, the General Assembly has decided that there should be a review to be conducted immediately after the HLPF Summit in September 2019. Preliminary activities have already taken place, including an Expert Group Meeting in May 2019, on lessons learned over the past four years. The Major Groups and Other Stakeholders Coordination Mechanism, through its Steering Group, has begun preparing a paper to contribute to the discussions, to voice concerns and make recommendations. The draft will be shared with all members of the MGOS Coordination Mechanism to solicit inputs before finalisation”. 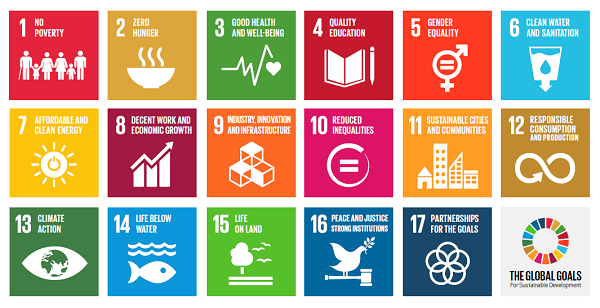 Marie D’Amato-Rizzi, New York UN Centre Contact, reminds all of us that if this only remains at the Global Policy level, we will not achieve the SDGs by 2030 … and she has some suggestions on how individual members can engage and how clubs can be involved:

“If you are like my friends and family, you listen with interest to what is happening at the UN but are at a loss to see how you can be involved. There are many ways. Just keep in mind that the easiest behavior to change is your own. Soroptimists have a tremendous advantage in that they are everywhere, and you and your clubs can have an impact!

Get involved in your community:

Get involved through professional organisations:

Help others to build resilience and help themselves:

These are offered as a few examples of how to bring the SDGs down from 30,000 feet to the grassroots level. I’m sure you can all think of many more”.

We all left the HLPF feeling that if we hope to ever achieve gender equality and the SDGs, then as individuals, we can, and should, do more within our Clubs and Federations to teach awareness of the significance of the 2030 agenda and how it relates to each one of us, no matter where we live. We welcome your involvement and support, the UN reps and advocacy committee cannot do this alone!

There were a significant number of official and non-official side events held within the UN, the Missions, hotels, foundations and Church Center, so keep an eye out for upcoming individual blogs from us!”

Feature image: SI UN Representatives, Bette Levy & Frances Zainoeddin, dressed in WMG color of the day ORANGE for the theme “Hear our call: means of implementation and meaningful participation for all”