“My name is Gift Abu and I am a trained nurse and midwife in Nigeria, and also an Anti-FGM Media activist since 2013.

“My name is Gift Abu and I am a trained nurse and midwife in Nigeria, and also an Anti-FGM Media activist since 2013.

I grew up in Cross River State, Nigeria. As a nurse, I worked in a Family Planning and Cervical Counselling Unit, and I came across many women suffering complications, many of which were the result of Female Genital Mutilation (FGM), Breast Ironing and other harmful practices. which are based on the cultural and traditional belief systems in my country. This experience led me to begin my activism work, within the ward where I was working, and later in the nearby community, close to where I was spent my time when off-duty from work.

My character was key to the Nigerian FGM Documentary Film, which was sponsored by the Guardian Global Media Campaign. The documentary opened many doors for Nigerians to become involved with the EndFGM Campaign.

Watch the documentary on the campaign to end female genital mutilation

Through my activism I have been able to bring survivors of FGM face-to-face with the global community, where they had the opportunity to break the silence, sharing their experiences and raising their voices, and for the first time they had the opportunity to speak out about how FGM, performed on them at the age of 18 years, 20 and 22 years, had impacted their lives. I have been able to organize End FGM Journalist Training in the South and South East Region of Nigeria so that the people can gain a good understanding of the realities and dangers of FGM, and how they might use their own platforms to join the movement to end FGM. I have established End FGM School Clubs in different communities in Nigeria so that girls can have a safe space to express themselves, to talk about FGM, and discuss positive ways forward. Within my activist work, I have given support to the church, and attended religious gatherings, promoting an understanding of the significant role held by religious leaders and the opportunity they have in joining hands with the whole world to end FGM. Many have invited me to speak at different times and this gives me hope and helps me believe that the people really want change, and we have to continue pushing forward until there is an end to FGM. 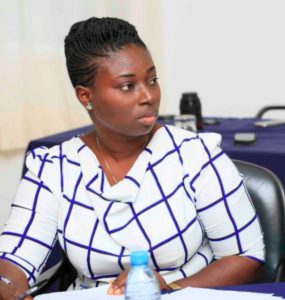 As a nurse, I have always found myself helping patients get better, whilst making sure they understand that all hope is not lost, no matter what their ailment is. When I first started in activism I did this every day after work and when not on duty. However, I felt that I didn’t have enough time to make a real difference. After witnessing a pregnant woman die before me following neglect because she refused to be mutilated, I realised the best decision was for me to go into full-time activism. This incident prompted me to leave the Government work I was doing and spend more time within the community talking to women another; and their families, and going to different religious gatherings and schools, spreading awareness on the dangers associated with FGM.

I am passionate about ending FGM. That is the main reason why, with or without funding, I try to see that a soul is saved by utilising the media and continuing community awareness campaigns.

Like I will always tell my colleague.  If you don’t have the Passion for this course, you can’t survive in it.”