A Girl from Mogadishu is a film based on the testimony of global FGM activist Ifrah Ahmed, one of the SI Road to Equality President’s Appeal #SoroptimistSix , and is written and directed by Mary McGuckian.

“Fleeing war-torn Somalia in 2006, Ifrah Ahmed is trafficked to Ireland where a traumatic medical examination when seeking asylum reveals the extent of her mutilation as a child. Traumatised by the memory, she channels the experience into a force for change and emerges as a formidable campaigner against Female Genital Mutilation at the highest political echelons”.

6 February, International Day of Zero Tolerance to FGM, will see the launch of focus screenings worldwide, released on hundreds of screens across the United States and internationally from 13 April.

If you would like to host a screening please click on the image below to find out more! And don’t forget to join with us and Ifrah@IfrahFoundation on 6 February on Twitter and Facebook, and amplify the #ENDFGM message. Already reaching over 20 million viewers and listeners across Somalia and internationally with the anti-FGM media action – let’s support Ifrah and the rest of the #Soroptimistsix and reach more! 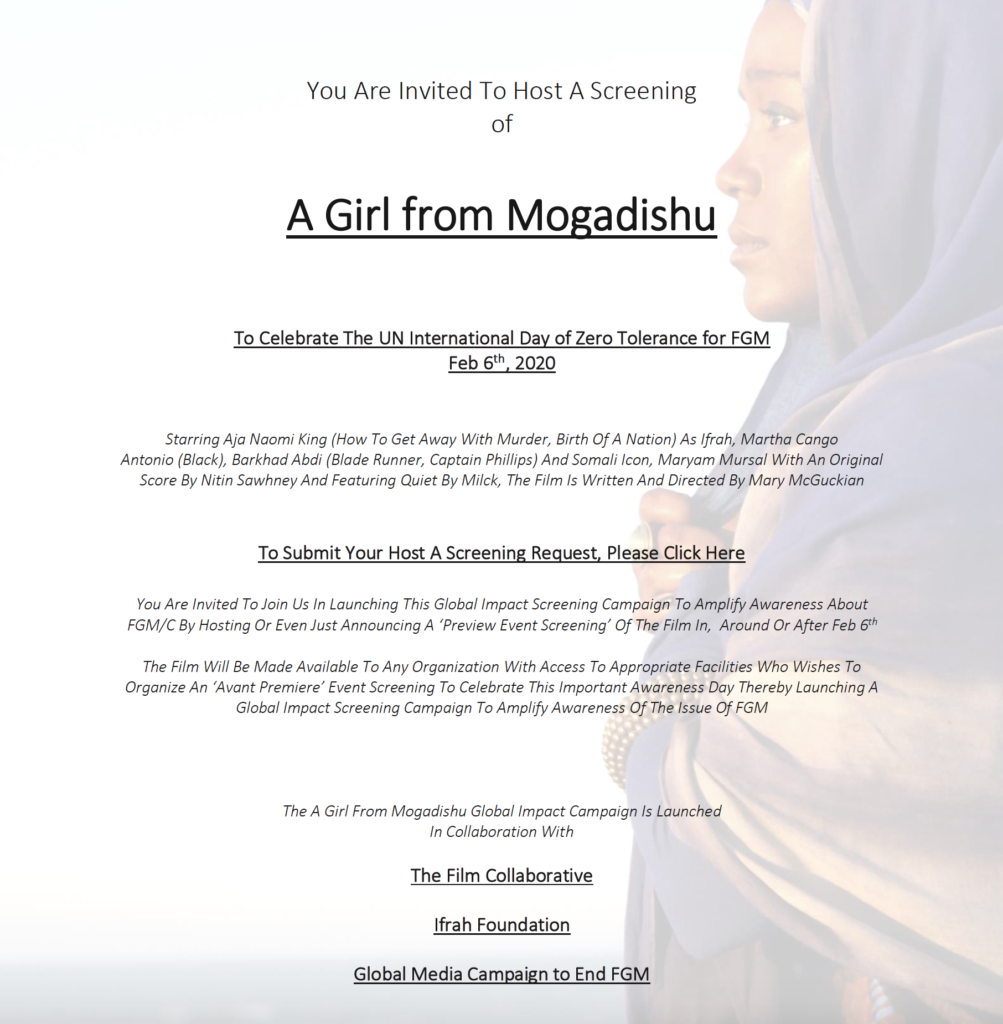 To help raise awareness on FGM and generate conversation at grassroots and high-level, click on the picture above to go to the movie website.