A Blog by Donatella Benjamin, SI UN Representative in Geneva.

For a number of reasons, Geneva is an important city for international co-operation and key for multilateral negotiations. It is home to the United Nations Geneva Office (UNOG), alongside several other UN Agencies, Member States Missions, NGOs, and more; at the same time, Geneva is also a small city, a quality which has contributed to its prominence on the Global Stage as important figures are able to easily meet and get to know one another on a regular basis.

For instance, every year, on 24 October, United Nations’ Day, a beautiful concert is given at the majestic Victoria Hall; during this event, the UNOG Director General, as well as other UN Officials, Ambassadors, Geneva Authorities, and guests are first able to enjoy the concert delivered in the universal language of music, before being invited to mix, meet, and greet one another at an informal reception. 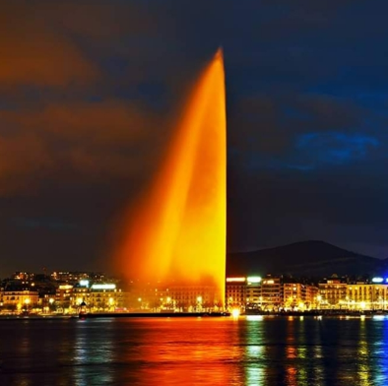 At this year’s reception, I had the pleasure of reconnecting with a UN friend of mine who knows Soroptimist International well; I was able to share with her all the activities our two local SI clubs were planning during the 16 Days of Activism and the ‘Orange the World’ campaign in Geneva. We would ‘Orange’ again five relevant buildings and monuments all around the city, as well as the famous Jet d’eau, a water fountain towering 140 meters high, which springs from the middle of the bay and is a major tourist attraction.

Our two clubs were also finalising a ceremony for the victims of femicide: we would float 20 orange lanterns on the lake, one for every Swiss victim, at night and in the presence of both the Canton and the City Authorities. I felt proud to also tell my UN friend about the domestic violence prevention campaign, ‘READ THE SIGNS of a toxic relationship’ which Soroptimist International of Europe (SIE) would soon be launching across Europe. 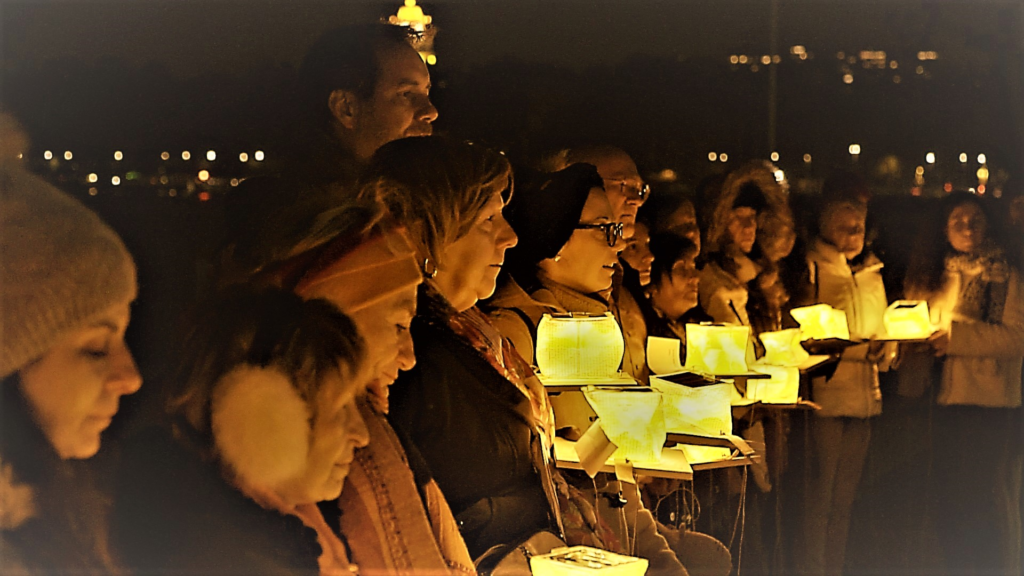 A few days later, in my role as SI UN Representative, I was very kindly invited to participate at an online ‘Orange Geneva’ coordination meeting. Adriana Quinones, Director a.i. of the UN Women Liaison Office in Geneva – whom I already had the pleasure to meet personally the year before – was of course in attendance, as well as representatives of the European Mission and the UNOG Communication service.

During the meeting, the actions that our two SI Clubs – SI Genève-Fondateur and SI Genève-Rhône – were going to organise during the ‘Orange the World’ campaign were detailed and highly appreciated. It was decided that our Soroptimist events would be added to the list of those being organised by UNOG, UN Women Geneva, and some of the Member States.

This list of events was of course going to be shared among all the Missions, UN personnel, and NGOs a few days before the start of the 16 Days campaign on 25 November. At this point, I asked if it would also be possible to share some information on the ‘READ THE SIGNS’ SIE campaign, however I was told that this would be difficult unless UN Women supported the campaign. Recognising this as an incredible opportunity for highlighting the new SIE awareness campaign on spotting the early signs of a toxic relationship, I immediately called Erica Sollberger, the SIE Communications Officer. Erica had wonderfully supported me a few weeks before by helping to prepare our Clubs invitation to the lanterns ceremony, as well as providing the beautiful ‘READ THE SIGNS’ banner.

Well, SIE Headquarters were excited by my proposal and Adriana was very pleased to support the campaign by adding the logo for UN Women to the banners, which are now being used by SIE during their campaign on social media. ‘READ THE SIGNS’ posters have also been strategically placed throughout the UNOG building during the whole ‘16 Days’ campaign, providing good visibility to Soroptimist International and to our work for women and girls in the Palais des Nations!

Every SI UN Representative is well aware of the importance of lobbying. It means creating personal, strong links with those who are interested in the cause of women, as well as never missing an opportunity to speak about our international advocacy work, our Federations’ projects, and our actions at a local level, in order to find new and exciting opportunities for collaboration.

The UN ‘Orange the World’ and ‘16 Days’ campaign are very close to my heart, ever since my Club, SI Genève-Fondateur, began participating in 2015; since then, the ‘Orange Days’ have expanded both in the SI Swiss Union and in Europe. However, this year in particular, the three members of our team of SI UN Representatives in Geneva, Berthe de Vos, Stacy Ciulik, and myself, are really pleased to see how much stronger we can be together in our advocacy work when we can create synergies between Soroptimist International, our Federation, and local Clubs to say NO to violence against women and girls.